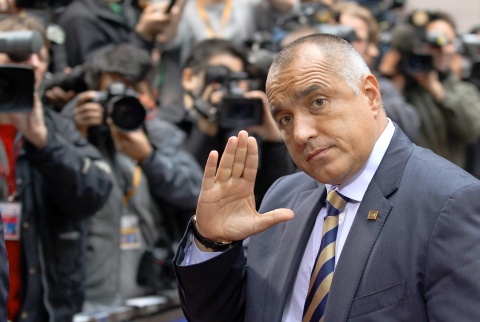 All Bulgarian Ambassadors who have turned out to be former State Security agents should be sacked, the country's Prime Minister Boyko Borisov has stated.

Borisov will discuss with Foreign Minister Nikolay Mladenov the government's reaction to Tuesday's revelation that nearly 190 Bulgarian Ambassadors and Consuls have been agents of the former Communist State Security.

This was announced by Bulgaria's special panel, investigating the communist-era police files, known as the Files' Commission, the numbers indicating that nearly 50% of all Bulgarian diplomats have been collaborators and agents of the former Communist State Security.The probe involved 462 diplomats.

"I think we should let them go, and I believe my party will support me," the Bulgarian Prime Minister stated, referring to the ruling centrist GERB.

"If 50% of our Ambassadors and Consuls have been agents, could you imagine what has been going on inside the country itself? The severe resistance against GERB on all institutional levels proofs that we have underestimated the damage that the State Security has done to the country," Borisov said.

Earlier on Wednesday, the Bulgarian rightist Blue coalition also demanded that all diplomats listed as former agents should be replaced.

"We are ashamed by the fact that 13 out of the total of 26 Bulgaria's Ambassadors in the EU countries have been collaborators of the State Security. This goes to show that our country is still Russia's Trojan horse in the Union," a representative of the Blue Coalition stated.