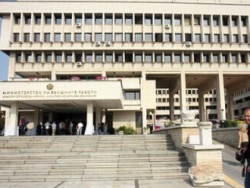 Almost half of Bulgaria's ambassadors and consuls provided information to communist secret services before the fall of the regime in 1990, according to data released Tuesday in the capital Sofia by the committee overseeing secret records.

It published on the internet the names of 192 leading diplomats who were active for the notorious Committee for State Security (DS), including Bulgaria's current ambassadors to European Union countries such as Germany, Britain, Italy, Spain and Portugal.

There was no initial reaction from the Foreign Ministry in Sofia.

The committee had probed 462 former and current Bulgarian ambassadors, consuls and the deputies at diplomatic missions for potential collaboration with communist secret services.

'Forty-five per cent of the ambassadors and consuls were part of the structures of the one-time secret police,' the head of the committee, Evtim Kostadinov, announced.

The former agents also include Bulgaria's current ambassadors to neighbouring Turkey, Greece and Romania, as well as its representatives in Moscow, Geneva, Beijing, Tokyo, at the Vatican and the United Nations.

The quota of informants in the diplomatic service appears to have been much higher than in other areas - such as politics and the media, where about 10 per cent of all employees served as agents.

President Georgi Parvanov is among the people whose collaboration with the DS has been officially confirmed.