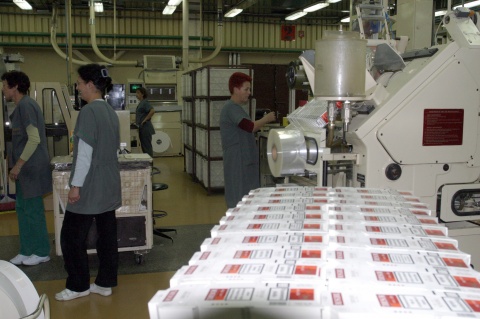 The Bulgarian "King" brand has the largest share among boxes with 10 cigarettes on the country's market. File photo

The international cigarette maker "Marlboro" will introduce on the Bulgarian market cigarette boxes with 10 pieces each, instead of the common 20.

The information is listed in the tobacco products registry of the Finance Ministry. The brands "Red" and "Gold" will cost BGN 2.70 compared to BGN 5.20 for the 20-pack.

"Philip Morris Bulgaria" told the daily "Dnevnik" they are generally against such practice, but the sales of smaller packages have been very successful in Bulgaria thus the decision to start making them as well.

With the participation of "Philip Morris" in the smaller packaging segment of the cigarette market in Bulgaria, the only companies remaining outside it are now "Imperial" and "Karelia."

"Dnevnik" cites cigarette makers' data showing small cigarette packaging is sharply increasing to reach soon 5% of the market, compared to 3% in the beginning of the year, and to just 0.3% in the fall of 2009.

The Bulgarian Bulgartabac "King" brand has the largest share among boxes with 10 cigarettes.

The cheapest 10-cigarette packages are offered by "King" as well - "King's Tobacco," by British-American Tobacco - "Viceroy," and by the Bulgarian "Femina"for the price of BGN 2.20.

Other brands such as British-American Tobacco's "Pal Mall," and Japan Tobacco International's (JTI) "Winston" go for BGN 2.40 and a 10-cigarettes pack of "Camel" sells for BGN 2.50.

JTI is introducing in Bulgaria the "LD" brand with 19-cigarette boxes for BGN 4.

Currently, the cheapest cigarettes are the "Goldfield" brand, sold at the Lidl supermarket chain, for BGN 3.99 for 20 pieces.

At the moment, 18 EU Member States have a ban on smaller cigarette packaging over the opinion they encourage cigarette use.

Romania, Italy, Spain, France and others, mandate 20-cigarette packs while Belgium, Hungary, the Netherlands, Germany, and Greece, among others, allow no less than 19.