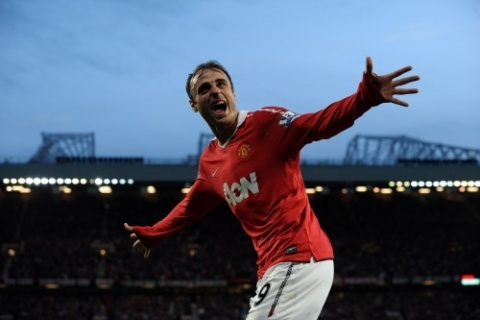 Bulgarian football star Dimitar Berbatov is expecting his second child, which according to reports has been planned since the summer. Photo by EPA/BGNES

According to the reports, the Manchester United star and his girlfriend planned the baby in the summer. The result of the ultrasound has showed that their daughter Dea will have a baby brother, which will be named after the father of the football star – Ivan.

The couple is superstitious and does not want to announce officially the good news yet. When they were expecting their daughter Dea, they waited until the last moment to announce they were about to become parents.

During her previous pregnancy, Elena wore a red thread on her hand against evil eyes until giving birth. Then, a red thread was also put on little Dea’s hand.

Bulgarian media report that Elena has moved in Berbatov’s home in Manchester about two months ago. The couple has designed a room for their daughter and is now preparing one for their son, too.

However, Elena is expected to give birth in Bulgaria, with the help of the same medical team that helped her with Dea’s birth.