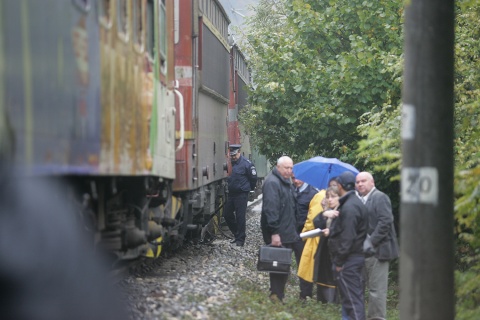 A Bulgarian customs officer was found dead in a Sofia-Belgrade train. Photo by BGNES

Bulgarian customs officer has been found dead on a train from Sofia to to the Serbian capital Belgrade.

Customs inspector Stoyan Todorov was inspecting the train from contraband cigarettes as part of a routine search operation, according to sources from the Customs Agency.

Passengers on the train are said to have heard some kind of noise, and to have alerted the train crew, who found the customs officer lying dead.

The case is under investigation but for the time being there has been no information of foul play.

The trains traveling between Bulgaria and Serbia are often used to smuggle cigarettes with the customs officers often snatching small and medium-sized shipments.