Bulgarian Rightists: 5 Ministers Have to Go 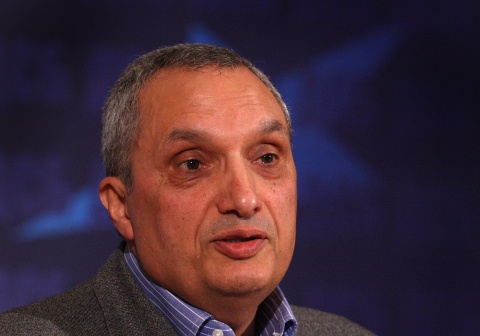 Bulgarian rightist leader Ivan Kostov stated that 5 members of the government should resign. Photo by BGNES

Bulgaria's rightist Blue Coalition has demanded that 5 Ministers from the centrist GERB government should resign.

This was stated by former Bulgarian Prime Minister (1997-2001) and co-leader of the rightist Blue Coalition Ivan Kostov on Monday.

Minister of Culture Vezhdi Rashidov, Minister of Agriculture Miroslav Naydenov, Healthcare Minister Stefan Konstantinov, Interior Tsvetan Tsvetanov and Infrastructure Minister Rosen Plevneliev have to be all go, according to Kostov.

"We have counted as many as 19 scandals in Bulgaria only in the course of the last week, which means the government has no agenda and focus on private conflicts instead," Kostov pointed out.

The resignation of Vezhdi Rashidov should be due to the drastic cuts in Bulgaria's cinema industry, leaving the film makers with financial support for "up to 7 motion pictures yearly", according to Kostov.

The Bulgarian rightist leader said Miroslav Naydenov should resign as a result of the scandal around the former Agriculture Fund CEO Kalina Ilieva's forged diploma, while the resignation of Stefan Konstantinov is wanted by the Blue Coalition because of the 4 doctors in the Gorna Oryahovitsa hospital allegedly killing a newborn baby.

Kostov stated that Interior Minister Tsvetanov has to resign over the ongoing "police terror" in Bulgaria, while Plevneliev has, according to him, failed to carry out vital infrastructure projects in time.

The Blue Coalition is practically still not in opposition, but it leaders have grown increasingly critical towards the current Bulgarian GERB government.