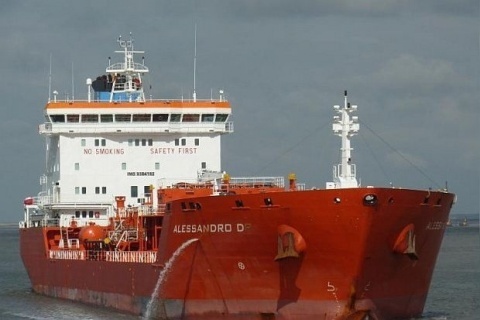 The captains of two ships, who were charged in Bulgaria following a deadly collision in the Black Sea this week, are a Syrian and a Filipino.

The Syrian captain of the Karam 1 cargo ship and the Philippine chief officer of a Dutch tanker, the Alessandro, were charged with breaching naval transportation rules and causing the death of one or more people, the Burgas regional prosecutor's office announced.

The two ships clashed Monday, at about 5:40 pm local time 20 km southeast of cape Emine. The Karim 1 cargo ship, carrying scrap, and sailing under the Sierra Leone flag sank immediately after the collision. Five of its ten sailors - an Egyptian and four Syrians - were rescued right after the clash, while another five were still missing after the search for survivors was called off on Friday.

There are minor damages to the other vessel, a much larger Dutch oil tanker "Alessandro DP." There were initial fears of a large oil spill, but the tanker was empty.

The Regional Prosecutor's Office in the Black Sea city of Burgas is probing three possible causes for the clash - a technical failure on one of the ships, human error, or bad weather, with the most probable being human error.