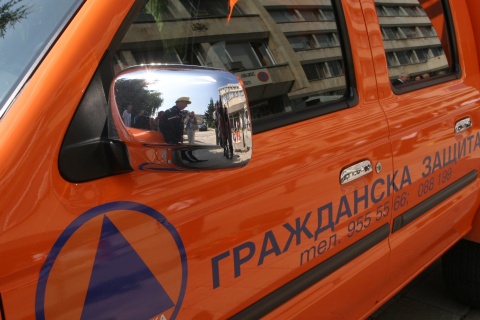 Civil Defense teams have worked round-the-clock overnight to free the 7 people stranded in a cave in western Bulgaria. File photo

The rescue operation to free four adults and three teenagers who have been stranded in the Duhlata cave in western Bulgaria for 24 hours now is continuing, Civil Defense informed Sunday.

According to the report, there is one rescue team inside the cave and two more on standby outside. They have worked all through the night using heavy equipment such as excavators. The head of the operation told Darik radio he was optimistic regarding the outcome, adding this could be an unprecedented rescue effort in Bulgaria over its large scale.

The four adults are believed to be experienced in speleology with over 20 years of practice and to have all basics to survive inside, along with the teenagers, for several days. Rescuers further say the stranded people are in a safe part of the cave. They hope to be able to reach them by noon Sunday.

Nevertheless, Civil Defense point out it is reckless to not watch the weather forecast before undertaking such adventures.

The Civil Defense Head, Stefko Burdzhev is travelling to the incident's location Sunday.