Michelle Bonev's Mom Disappointed With Her 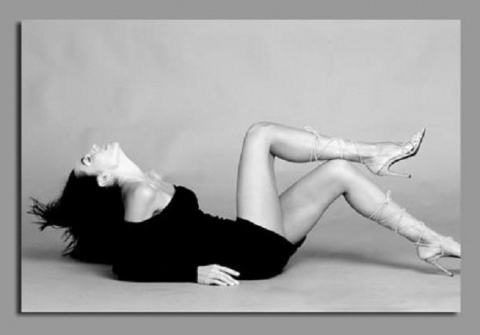 Bulgarian-born Italian actress and director Michelle Bonev does not distinguish between fact and fiction, according to her mother, Nadezhda Yaneva.

She said she has not watched Bonev's autobiographical movie "Farewell, Mom" yet, but is acquainted with the plot, which she described as "nonsense."

"I feel deeply insulted by my daughter, who constantly pictures me as an evil demon in her interviews," Yaneva stated on Friday on the bTV private channel.

She explained that she used to be in pretty good relations with her daughter until some 10 years ago, when Bonev inexplicably rejected her.

Michelle Bonev has had a difficult relationship with her boyfriend Jusepe, due to "rich and influential men constantly entering her life," her mother commented. She clarified that she has no idea where her all daughter's money come from and claimed she has never received anything from Bonev.

On Wednesday, the Prosecutor's Office in Venice, Italy has launched an investigation concerning Bonev's scandalous award at the Venice Film Fest, as well as who paid for the 40-strong Bulgarian delegation at the official ceremony.

On September 4 2010, Bonev received the "Action for Women" award, "dedicated to the 60th anniversary of the European convention for protection of human rights" for her movie "Farewell, Mom"at the prestigious Venice Film Fest .

Last week, Italian media proclaimed the award was actually "fabricated" especially for her as a result of her close "friendship" with Italian Prime Minister Silvio Berlusconi.