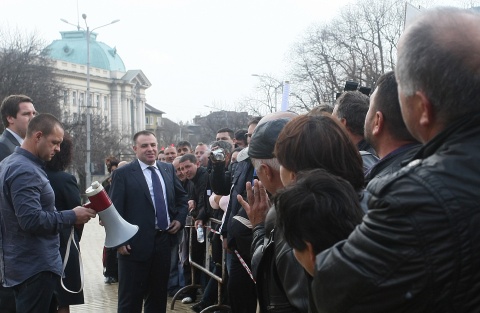 Thousands of tobacco-growers gathered in front of the building of the Bulgarian Parliament to request more state subsidies as the legislative body debates on second reading the state budget for 2011.

Minister of Agriculture Miroslav Naydenov came out to answer to protesters' demands, saying he worked hard to ensure a BGN 140 M of state aid for the sector.

He added that should budget 2011 outperform, tobacco-producers will receive an additional BGN 70 M mid-year 2011.

In Parliament, the Movement of Rights and Freedoms as usual has spoken out strongly in support of tobacco-producers, many of whom are of a Turkish ethnic origin.