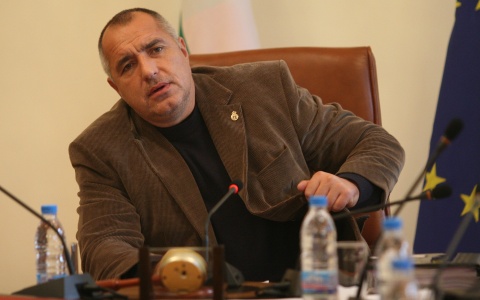 Boyko Borisov is angry with the MPs' greed.Photo by BGNES

"I am ashamed by their behavior," Borisov admitted, but still pointed out that his ruling centrist GERB's MPs have been less greedy in comparison to their colleagues.

Parliamentary Speaker Tsetska Tsatseva, who was one of the invited but did not attend the fake event, also expressed her dissatissfaction

The joint operation between the bTV private channel and the "168 Chasa" weekly consisted in offering luxurious cell phones, worth over BGN 6000 to 42 Bulgarian MPs. An expensive party was "organized" on Wednesday at a hotel inSofia , on which the phones were supposed to be handed out to them.

The party coincided with a Parliamentary session. Only 26 of the invited MPs stayed, 16 of their colleagues skipped work to get hold of the nice "gifts".

The members of the parliament did not realize they were being tricked, even though the invitations were signed with the name of Klaus Barbie, a notorious Gestapo member and war criminal, known as the Butcher of Lyon.