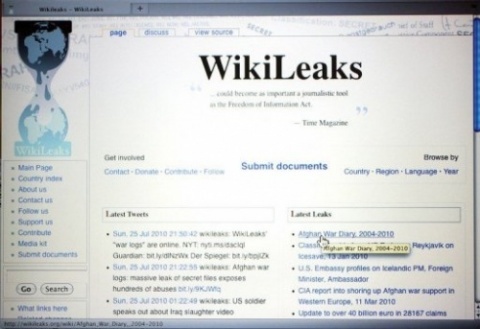 Fresh diplomatic cables on Wikileaks as published by the Guardian newspaper

1. (U) This cable is in response to ref A request for information about organized crime in Bulgaria and the Balkans. Where direct sources are not cited, connections are largely based on information from operational contacts and open-source publications.

2. (SBU) The strength and immunity from the law of organized crime (OC) groups is arguably the most serious problem in Bulgaria today. OC activities underlie corruption and the ineffectiveness of the legal system in Bulgaria, and inhibit the country,s economic development. Bulgarian OC is particularly involved in international money laundering, drug trafficking, and counterfeiting. OC groups range from local street thugs involved in extortion to sophisticated international narcotic dealers and money launderers. An estimated 118 organized crime groups were operating in Bulgaria at the end of 2004, according to the National Service for Combating Organized Crime (NSBOP) of the Bulgarian Ministry of Interior (MoI), though many of these groups are relatively small and the landscape is dominated by a handful of big players. Organized crime continues to be pervasive in many spheres of Bulgarian life, despite domestic and international efforts to combat it. To date, not a single major OC figure has been punished by the Bulgarian legal system, despite an on-going series of OC-related assassinations. U.S. law enforcement agencies with offices in Sofia are supporting the effort to reduce OC in Bulgaria. The Fraud Prevention Unit in Embassy Sofia's Consular Section maintains a list of known and suspected major organized crime figures, and Embassy Sofia has an aggressive policy of preventing OC figures from traveling to the United States.

3. (SBU) OC groups are known to be involved in narcotics trafficking, prostitution, extortion and racketeering, various financial crimes, car theft, and trafficking in stolen automobiles. Human trafficking for sexual exploitation, counterfeiting, and debit and credit card fraud also are some of the most common criminal activities engaged in by Bulgarian organized crime. Crime groups involved in human trafficking are extremely mobile, and victims are often sold or traded amongst various groups. Many groups use a host of legitimate businesses domestically and abroad to launder the proceeds of their illegal activities. Several well-known businessmen linked to organized crime have parlayed their wealth into ownership of sports teams, property developments, and financial institutions. (An organized crime activity that received special attention due to its growth in 2004 was VAT (value-added tax) fraud. The Ministry of Finance estimated that VAT fraud cost the Bulgarian treasury over 0 million in losses annually.)

4. (SBU) Counterfeit currency -- both U.S. dollar and, increasingly, Euro banknotes -- is produced in Bulgaria and distributed primarily in France, Greece, Italy, and Spain by small groups of Bulgarians who return to Bulgaria immediately after making delivery. While there is thought to be cooperation between Bulgarian groups and other international organized crime groups, the couriers, middlemen and distributors are predominantly Bulgarian. The quality of counterfeit currency is continuously improving due to increasingly sophisticated printing facilities and the involvement of professional individuals with considerable printing skills. A June 2005 raid in northeast Bulgaria -- part of a joint operation between Bulgarian law enforcement and the U.S. Secret Service -- netted more than million in high-quality counterfeit 0 banknotes (ref B). This was the second largest counterfeit seizure in European history.

5. (C) U.S.-based investigations of transnational crime groups have dismantled significant drug trafficking organizations run by Bulgarian nationals in Los Angeles and Tampa. These groups imported multi-kilo quantities of cocaine and multi-thousand doses of ecstasy into the United States. They had drug connections through Amsterdam and some financial backing of an Israeli national. While most members of these groups were convicted and imprisoned in the U.S., three who were charged in California and Florida are still wanted international fugitives who may have returned to Bulgaria to exploit the country's current policy of not extraditing its citizens. The three fugitives are IVAYLO ANGELOV PETKOV (Bulgarian citizen born 18 May 1965), IVAN DOBREV (Bulgarian citizen born 25 May 1959), and STEFAN TZVETANOV STOYANOV (Bulgarian citizen born 9 January 1966).

6. (SBU) Other investigations in the U.S. have identified Bulgarian nationals manufacturing and selling false identity documents for use in organized bank fraud, mortgage fraud, credit card fraud, and alien smuggling.

WHO'S WHO IN BULGARIAN ORGANIZED CRIME

7. (C) Since the fall of Communism in 1989 and the turbulent 1990s, Bulgaria's organized crime scene has undergone major changes, much like the rest of Bulgaria's economic, political, and social landscape. XXXXXXXXXXXXXX XXXXXXXXXXXXXXXX is thought to have connections to Russian organized crime, including the notorious Russian crime figure, MICHAEL CHORNY (see RUSSIAN INFLUENCE). XXXXXXXXXXX Before he was shot dead in Amsterdam in December 2003, KONSTANTIN DIMITROV (Bulgarian citizen born 21 November 1970, also known as "SAMOKOVETSA") was one of the biggest smugglers in Bulgaria and the country's top drug lord. XXXXXXXXXXXX As the largest player in the drugs market, XXXXXXXXXXXX controls trafficking routes, production facilities, and distribution networks. The group is also involved in trafficking stolen automobiles from Western Europe to the former Soviet Union. Its other criminal activities include extortion and racketeering, illegal arms trading, gambling, prostitution, and smuggling. XXXXXXXXXXXX

The group is thought to have the largest share in Sofia's escort and intimate services businesses, which are used as fronts for prostitution and trafficking in women for sexual exploitation. XXXXXXXXXXXX illegal activities include money laundering, privatization fraud, intimidation, and extortion and racketeering. XXXXXXXXXXXX The group's criminal activities include prostitution, narcotics, and trafficking stolen automobiles.

Russia continues to exercise significant influence over the Bulgarian economy through energy imports, including crude oil, natural gas and nuclear fuel. XXXXXXXXXXXX Despite the fact that he is no longer the owner of XXXXXXXXXXXX Russian mobster MICHAEL CHORNY is thought to retain influence over the company through his ties to members of XXXXXXXXXXXX. The court decision suggests that Chorny is still in control of XXXXXXXXXXXX, as the judge presiding over the Supreme Administrative Court panel for the BTC case also revoked the Government,s decision banning Chorny from entering the country. In addition, Chorny has connections to XXXXXXXXXXX CHORNY has also maintained influence over a number of companies by transferring ownership to XXXXXXXXXXXX LUKOIL,s representative in Bulgaria is XXXXXXXXXXX The Russian petroleum company is estimated to be the largest corporate taxpayer in Bulgaria. It also controls Russian oil exports to Bulgaria. Lukoil's Bulgarian operations, through XXXXXXXXXXXX, are suspected of strong ties to Russian intelligence and organized crime.

POLITICS: THE NEXUS WITH ORGANIZED CRIME

8. (C) Organized crime has a corrupting influence on all Bulgarian institutions, including the government, parliament and judiciary. In an attempt to maintain their influence regardless of who is in power, OC figures donate to all the major political parties. As these figures have expanded into legitimate businesses, they have attempted -- with some success -- to buy their way into the corridors of power. During the 2001 general elections, a number of influential "businessmen," including XXXXXXXXXXXX and XXXXXXXXXXXX, heavily financed and otherwise supported the XXXXXXXXXXXX campaign.

XXXXXXXXXXXX10. (C) Below the level of the national government and the leadership of the major political parties, OC "owns" a number of municipalities and individual members of parliament. This direct participation in politics -- as opposed to bribery -- is a relatively new development for Bulgarian OC. XXXXXXXXXX Similarly in the regional center of XXXXXXXXXXX, OC figures control the municipal council and the mayor's office. Nearly identical scenarios have played out in half a dozen smaller towns and villages across Bulgaria.

11. (C) Despite continuing pressure from the U.S. and the EU, past Bulgarian governments have done little to reduce the presence of organized crime. As a result, OC has increased its influence and is able to operate with virtual impunity. The Bulgarian public recognizes OC,s corrupting influence, and people are clearly frustrated by the government,s inability or unwillingness to deal with the problem. We continue to provide technical assistance to reform-minded elements of the Bulgarian government and judiciary -- and to speak out on the need to fight corruption and organized crime -- but real political leverage on this issue lies with the EU. A delay in Bulgaria,s accession would be politically disastrous for the incoming government. If the EU uses this leverage to demand not only far-reaching judicial reform but effective implementation as well, there is reason to hope that the tide will slowly begin to turn against organized crime in the coming years. PARDEW PARDEW