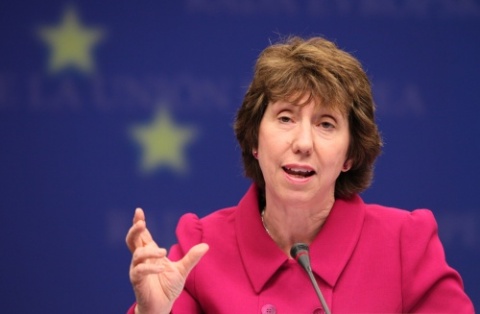 The European External Action Service is launched on December 1, symbolically coinciding with the first anniversary of the entry into force of the Lisbon treaty, which gave rise to the EEAS.

After a year of wrangling between the European Union's institutions over its set-up and competencies, EEAS will begin with just a handful of senior officials, led by Pierre Vimont, until recently France's ambassador to Washington, his two deputies, Helga Schmid and Maciej Popowski, and David O'Sullivan, the service's head of administration.

The big change for EU's foreign policy structures is expected to happen in a month, on January 1, when 1,114 officials from the European Commission and 411 officials from the secretariat of the Council of Ministers are to be transferred out of their existing institutions into the new service. The transfer however is conditional on the EU budget for 2011, which should be approved in time by the member states and MEPs.

Bulgaria and Poland are the only countries from the newcomers in the European Union, which acceded in 2004 and 2007, that managed to land seats in the Union's delegations around the world.

Two out of eighteen Bulgarian candidates managed to make it to the final stage of the selection process for members of the new EU External Action Service where Georgia was among the countries considered top-priority for the EU.

In addition to Dimitrov, who is also a former Bulgarian Ambassador to the US, the other candidate was career diplomat, Stefan Tafrov. Tafrov has served as Bulgaria's UN envoy, as well as ambassador to the UK, France and Italy and as Deputy Foreign Minister.

According to media reports Dimitrov has made a "brilliant" showing during the interviews for the top job.

Filip Dimitrov, a lawyer by profession, chaired 1990-1994 the Union of Democratic Forces, the main rightist political movement in Bulgaria in the 90s. 1991-2 he was Bulgaria's first rightist PM after the transition. 1997-8 Dimitrov was Bulgaria's envoy to the UN, and then 1998-2001 he served as the country's ambassador to the US.