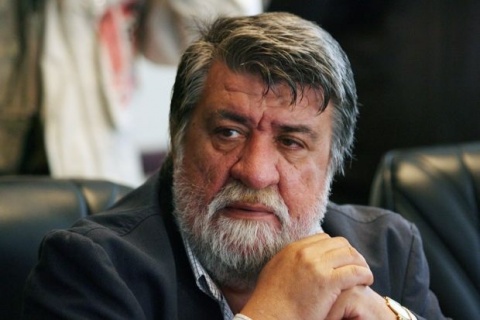 The opposition Members of the Parliament from the Bulgarian Socialist Party (BSP) are submitting a complaint with the Anti-corruption Committee against Culture Minister, Vezhdi Rashidov.

The reason is a September trip of a 40-strong Bulgarian delegation, led by Rashidov to the Film Festival in Venice to be present for the bestowing of an award to Bulgarian-born actress and producer, Michelle Bonev.

Bonev later informed she had paid for the entire visit with her own money.

The Socialists want all details surrounding what they call a "scandalous trip" revealed, including its financing and voice outrage Prime Minister, Boyko Borisov, had kept silent on the issue.

The award stirred a true scandal in Italy as well with Italian media staging an attack on Bonev, claiming at the Venice Film Fest she received a "fabricated" award created just for her, and moreover that her participation was sponsored by the Italian government under the influence of Prime Minister, Silvio Berlusconi, who was Bonev's friend. The reports triggered demands for the resignation of Italian Minister of Culture Sandro Bondi.

The Bulgarian Socialists are further challenging Rashidov on amendments of the Film Industry Act, basically releasing the State from obligations to subsidize filmmaking in the country.

If the amendments are passed, BSP will demand the Minister's resignation, despite the fact they were prepared by Members of the Parliament from the ruling Citizens for European Development of Bulgaria (GERB) party over Rashidov's affiliation with the party.

The Bulgarian filmmakers, along with other artistic organizations, are also demanding resignations – of Rashidov and his Deputy, Dimitar Dereliev, because, they say, incompetent politicians are sentencing the local film industry to death. The changes provide for movie financing only if there "are enough resources."

Also on Tuesday, the Culture Ministry issued a declaration stating it was absurd to ask cabinet dismissals over matters entirely within the authority of the Parliament, adding the Minister has always requested adequate funding for all sectors of culture.

The declaration, however, points out the amendments only aim at having film funding in 2011 corresponding to the possibilities of the State budget. It notes that in 2009, 13 new Bulgarian movies were made, but they have been seen only by 30 000, while 12 000 of them have watched the all-time box office record holder "Mission London."

"In conclusion we must stress that motion pictures, which are the most popular art for the masses, must be produced not only for a small group of Bulgarian filmmakers so that they can asses their qualities among each other but for Bulgarian and international audiences," the declaration reads, adding the Culture Ministry is working on finding alternative ways to finance movies, outside the frame of the State budget.