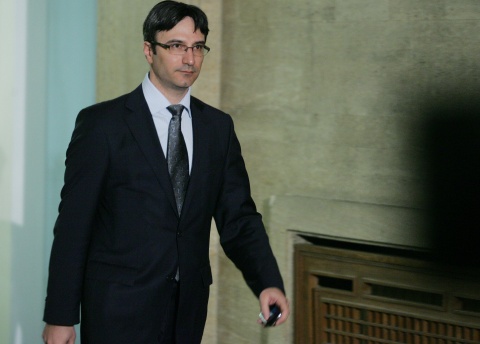 Bulgarian Energy Minister Traicho Traikov announced a French and a Finnish company have interests in the Belene NPP. Photo by BGNES

Finnish state-owned Fortum and French consulting firm Altran Technologies are the two companies which are willing to paricipate in the building of the Belene Nuclear Power Plant in Bulgaria.

This was announced by Bulgaria's Economy and Energy Minister Traicho Traikov during the "Energy without frontiers" conference in Sofia on Tuesday.

The most possible solution is for for Bulgaria's National Electric Company (NEK) to keep its majority share in the project, while Rosatom carries out the construction, according to Minister Traikov.

Serbia said on Tuesday it was interested in a stake in the 2 000 megawatt plant, Traikov told reporters on the sidelines of the energy conference.

"They are interested, the percent of their participation may vary but a final decision will be taken once we structure the project and reach an agreement with Russia on all conditions including the price," Traikov explained.

Earlier on Tuesday, at the opening of the "Energy without frontiers" conference Sofia, Bulgaria's Prime Minister Boyko Borisov said that the Belene NPP project project needs "a new philosophy."

Bulgaria will not give any more money for the Belene nuclear power plant, Borisov stated.

He explained that if the project is good and safe enough, other ways for financing should be searched.

Currently, the Russian side will not settle for a price less than EUR 6.4 B for the whole project.