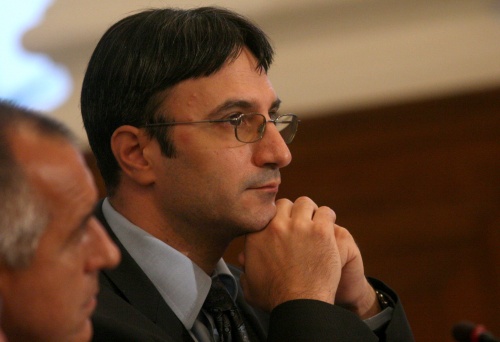 Bulgaria's Energy Minister, Traicho Traikov, says the contract for the construction of the Belene NPP is blurry. Photo by BGNES

Bulgaria might after all decide to not go forward with the plan to build a second Nuclear Power Plant (NPP) in the Danube town of Belene, Minister of Economy, Energy, and Tourism Traicho Traikov, hinted.

In a Monday interview for the TV channel Nova Televizia, Traikov said nothing fatal would happen if the project is scrapped, adding Bulgaria has many other opportunities.

The Minister pointed out the contract for the NPP is blurry; has clauses and appendices, but some major issues have not been agreed on such as the price or the amount of fines if the construction is never realized.

Traikov's comments came on the heels of last-week statements of Sergey Kiriyenko, CEO of the Russian state nuclear energy corporation Rosatom, that Russia will not lower the Belene NPP price to EUR 5 B, as demanded by the Bulgarian government, pointing out the real price of the plant is at least EUR 6.7 B, but was reduced to EUR 6.4 B during the bilateral negotiations.

Kiriyenko also informed that during the official visit of the Russian PM Vladimir Putin in Sofia, Moscow has demanded to have about 30-40% stake in the project and would not agree on less than 25%.

"Both Bulgaria and Russia have interest to meet mid-way, but now the two sides have claims regarding the project's financing," Traikov said Monday.

The Minister further reported the Bulgarian Energy Holding (BEH) has hired a prestigious bank to do a new analysis of the financial model, pointing out strong words coming from both sides were simply negotiation tactics.