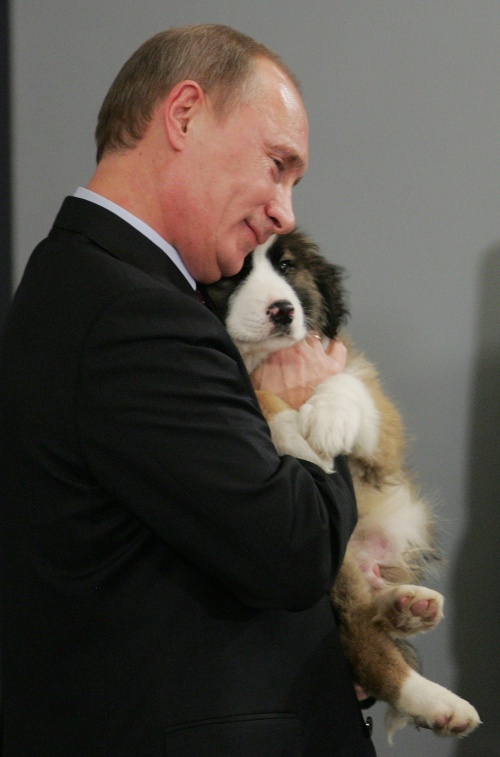 Putin was immediately captivated by little Yorgo. Photo by BGNES

Bulgarian PM Boyko Borisov is planning to send a new puppy to Russian counterpart Vladimir Putin to tip the scales in negotiations for the price of Belene NPP, according to daily newspaper Standart.

Bulgaria and Russia have engaged in protracted talks about the price of the future Belene NPP, with the Russian side requesting more than Bulgaria can afford.

Just Friday, Bulgarian PM Boyko Borisov had stated that he will not bow in negotiations and will not pay the higher price.

During Putin's November 13 visit in Sofia, where he discussed Belene and other joint projects, Boyko surprisingly presented him with a cute Bulgarian shepherd puppy in front of the amazed gaze of journalists.

Now Standart writes that December 12 a new Bulgarian shepherd doggy from Borisov's breeder, little Yantra (female) will travel to the Kremlin to soften the heart of the Russian PM.

Yantra will participate in a dog display in Moscow, after which she will join Putin at his Ogarevo residence, according to Standart.

Standart comments that the Russian PM has become an extremely devoted fan of the Bulgarian shepherd breed.