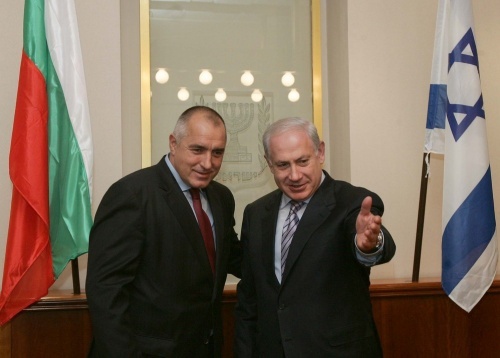 Since its relations with Turkey crumbled over the past year, Israel has begun looking to the Balkan states for new friends and allies. The new initiatives extend to shared intelligence, joint military exercises and boosting tourism, officials say.

In the past year Israel has expanded relations with Greece and Bulgaria and upgraded its existing ties with Cyprus, Romania, Serbia, Montenegro, Macedonia and Croatia. These states share concerns about Turkey's new radicalism and world jihad's growing influence there and see new opportunities for economic, technical and security cooperation with Israel.

"They realized a great danger was in store for them and the issue rose in the talks between Prime Minister Benjamin Netanyahu and Bulgarian Prime Minister Boyko Borisov in January," a senior Israeli official said.

The botched Israeli raid on a Turkish flotilla increased Bulgaria's motivation for intelligence and defense cooperation with Jerusalem. Borisov and Netanyahu had three conversations with each other within two weeks following the action, intended to facilitate the release of two Bulgarian journalists who had been on board one of the ships, the official said.

Borisov suggested increasing military cooperation by enabling the Israeli Air Force to use Bulgaria's bases and air space for training. The first training session is due to be held soon.

"Unlike the past, Borisov decided in favor of cooperation with Israel. Immediately after his election he visited Jerusalem, the first visit of a Bulgarian prime minister for the past 18 years," says Israel's ambassador to Bulgaria, Noah Gal-Gendler.

The Bulgarians are hoping that Israeli tourists who stopped visiting Turkey will come en masse to Bourgas and Varna on the Black Sea coast. Some 150,000 Israelis are expected to visit Bulgaria by the end of the year and Bulgaria wants to increase the number to 250,000 in 2011.

"Borisov's government sees us as top priority," says Gal-Gendler. "They are looking for a new economic engine like Israeli high-tech and want to learn how we did it," he says.

Papandreou, who is seeking a greater role in the peace process, realized he must change Greece's relations with Israel. After the Turkish flotilla incident, the Greek army and security forces urged him to forge closer ties with Israel.

When the economic crisis erupted in Greece, Athens was disappointed not to receive any assistance or investments from Arab states, despite 60 years of pro-Arab policy, a senior Israeli diplomat said.

Israeli and Greek officials have since discussed defense and strategic cooperation. Greece is also planning to attract Israeli vacationers who used to go to Turkey. Israeli tourism to Greece has increased by 200 percent this year and is expected to reach 250,000 by the end of the year.