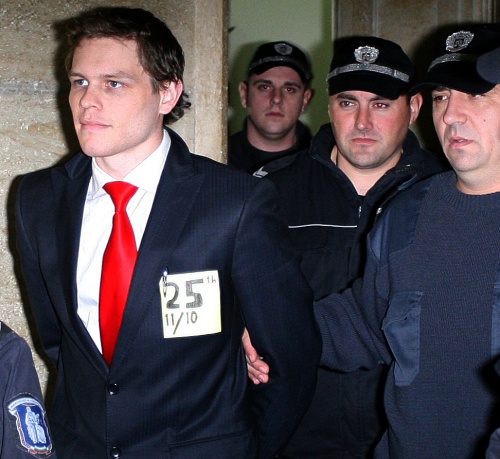 The appeal trial against Jock Palfreeman's 20-year jail sentence will return to a Bulgarian court on December 22, the fourth day of his appeal hearing.

The 23-year-old Australian man, sentenced for the murder of 20-year-old Bulgarian Andrey Monov, has pleaded not guilty. He insists he acted in self defence after going to the aid of two Roma, or gypsies, who he says were being beaten by the victim and more than a dozen friends.

Two more key witnesses' statements were re-examined on Thursday as part of the appeal trial, backing Palfreeman's claim about the attack on the Roma.

The two policemen who appear to have left the force, Krassimira Stoyadinova and Viktor Lyubenov, said it was colleagues of theirs and the people who gathered at the site of the crime, who told them about the incident. According to them a squabble erupted because of a Roma man or men, whom Palfreeman tried to protect.

One more witness, Alexander Donev, a friend of the victim who is understood to be studying in Germany, will have to be heard on December 22 before the court makes a final ruling.