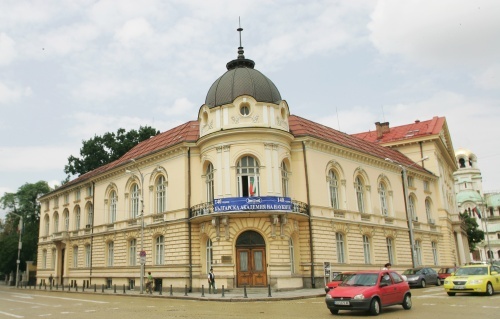 The beautiful BAS building in the heart of downtown Sofia. Photo by Sofia Photo Agency

The properties of the Bulgarian Academy of Sciences (BAS) will remain where they are and no one will touch them as long as GERB is the ruling party, Bulgaria’s PM Boyko Borisov has announced.

In an interview for the Bulgarian National Television on Wednesday, Borisov answered to the open letter, sent on Tuesday by BAS to the prime minister, demanding an official answer on whether the institution’s most expensive and lucrative properties have been listed to be used as collateral for long-term loans from abroad.

“This is not a speculation. This thesis has been launched deliberately. But no one will touch BAS’s properties besides the leadership of the academy,” Borisov said.

He pointed out that the draft for the academy envisions that the control on all BAS properties would be left to the institution itself, despite the fact that the academy had not treated them as its properties, the prime minister said.

Borisov also explained that the draft envisions a division between the people who are dealing with the financing of the academy and the scientists.

“Because you cannot be a scientist, professor, or associate professor and at the same time be engaged in conducting competitions on who will repair the bathrooms,” he said.