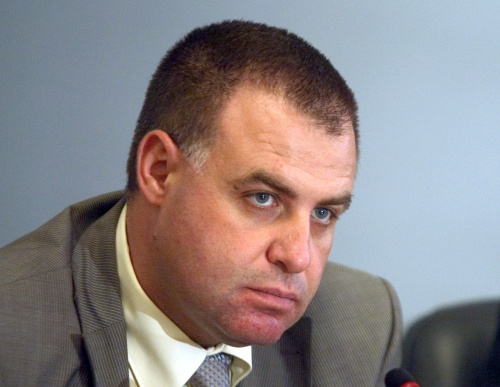 Bulgarian Agriculture Minister, Miroslav Naydenov, is the only EU Minister taking part in the Council for Cooperation of the Arab Nations from the Persian Gulf Nourishment Forum in Abu Dhabi. Photo by BGNES

Naydenov made the statement Tuesday after talks with his Saudi counterpart, Dr Fahd bin Abdulrahman bin Sulaiman Balghunaim, and with the UAE Minister of Environment and Water, Dr Rashid Bin Fahd.

According to the Bulgarian Minister, the two Arab countries want to finance various project in Bulgaria's grain and vegetable production and in live-stock-breeding because they experience shortage of foods and are large importers of farming products.

Naydenov, who is the only EU Minister taking part in the Council for Cooperation of the Arab Nations from the Persian Gulf Nourishment Forum in Abu Dhabi, has invited the Saudi Agriculture Minister to visit Bulgaria in order to lean more about investment opportunities.

The Bulgarian Minister also met with the Director General of the Food and Agriculture Organization (FAO) of the United Nations, Jacques Diouf. The two discussed ways to increase Bulgaria's role as a farming producer and exporter.

On Wednesday, Naydenov is scheduled to visit Qatar, to hold talks on expanding partnership in the areas of grain production, sunflower processing, and sheep and beef meat production

The Minister is also going to visit Kuwait before returning home on November 27.