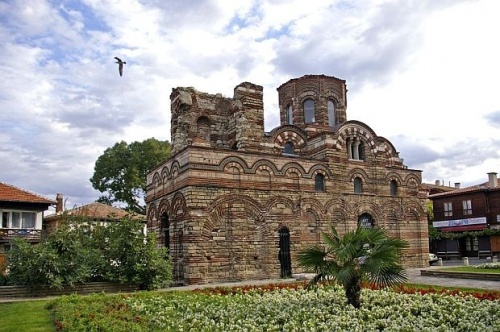 UNESCO experts in the preservation of cultural heritage will visit Bulgaria by the end of the month of November to conduct a survey in the coastal, historical "Old Town" Nessebar.

The information was reported Tuesday by the Bulgarian Deputy Minister of Culture, Todor Chobanov, who spoke in an interview for Darik radio.

Chobanov explained the experts will receive a report on activities undertaken to prepare a Plan for the Management of the Old Town.

The results from the UNESCO mission will be presented at the organization's annual assembly in May, 2011, when a discussion about the future of Nessebar's statute as world cultural heritage site would be part of the agenda.

Chobanov further informed the Prosecutor's Office is probing cases of corruption related to illegal construction in the town.

The demolition of illegal buildings and building additions and the petition of Nessebar residents to take the town out of UNESCO's world cultural heritage list have been making headline news in Bulgaria for weeks now.

When asked if this was corruption on regional or local level, the Deputy Minister replied it was "on several levels," but added one must wait for the official results of the probe.

Chobanov also said that the joint investigation of his Ministry and the State National Construction Control (DNSK) has led to the issuing of 15 demolition orders, which are expected to reach 35.

"These 35 people are not the majority in Nessebar – there is a silent majority, simply watching and waiting to see if the law will be enforced and if they have been the fools because they followed the rules. I hope the violators will take their buildings down on their own," the Deputy Minister pointed out.

Chobanov explained the prosecutor's office is investigating 6 hotels in Old Town as well, over suspicions they are borderline illegal, but added that due to the cumbersome legal process in Bulgaria, years will pass before they are demolished.