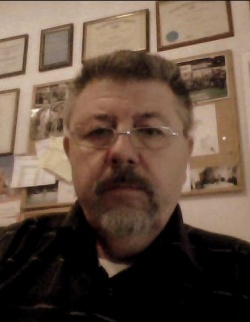 Direct Petroleum Bulgaria is part of US company Direct Petroleum Exploration, which applies the novel approach of extracting gas from shale sedimentary rocks. In September Direct Petroleum announced the first-ever discoveries of shale gas in Bulgaria. The deposits found are yet to be tapped for development.

Mr. Tonev, tell us a bit about the history of Direct Petroleum!

Direct Petroleum is a relatively young oil company. It was created as a hydrocarbon fuels company in 2003, but it before that it has had an extensive experience in the area of project managing for other oil companies. At present it operates in the USA, Russia, and Morocco, in addition to Bulgaria.

What about the Bulgarian subdivision of the company?

Bulgarian projects started in 2000 by another American company, Anschutz Overseas Corporation. That was the time that the Bulgarian subdivision was created in order to service local projects. In 2005 the Bulgarian company moved under Direct Petroleum. It is now 100% owned by Direct Petroleum Exploration and is involved in Bulgarian operations exclusively. Direct Petroleum Bulgaria is staffed not only by American personnel, but also by Bulgarian geologists, geophysicists and drilling experts with high qualifications. They have also passed additional training in the US and together with their American co-workers they conduct the operations needed on the exploration and development of gas deposits.

What is the amount of investments in Bulgaria up to now, and what are your company's projects for investment in the future?

Up to now, Direct Petroleum has invested over USD 70 M in Bulgarian projects. But there are very serious investments ahead on the development of the Koynare deposit, where more than 20 production drills will be installed just for the initial stage. In addition, we have yet to assess the Etropole shale play, where investments are set to be very large. If we're speaking in numbers, that would be several hundred million dollars.

How many people work for Direct Petroleum Bulgaria and what is the potential for new jobs given the recent findings of shale gas?

At present 10 Bulgarian experts and 10 more Americans work full-time for Direct Petroleum Bulgaria. Nonetheless, in each operation – be it seismics, drilling, or otherwise – the numbers grow depending on needs. During the development and extraction from new gas deposits there will be work for many more experts and workers. Their number will be growing at each stage of development of deposits.

Shale gas is a comparatively new source of energy and so it is naturally an exciting topic. What makes shale gas extraction attractive?

Let's first make clear what shale gas means. "Shale" means something akin to clay – so this is gas from clay organogenic rocks. Natural gas is formed in those clay organocenic, oil-producing rocks, after which a very small part gets to migrate in rocks of lesser density (deposit rocks – sandstones and carbonates) where classical gas deposits we are familiar with are formed. I.e. this is the same natural gas, but located at the place of its formation (in its "kitchen", so to speak), before migrating in the classical gas deposits. And since only a small insignificant part of it can migrate, then the rest which remains in these shale rocks is a much larger amount. The difference is, so to speak, the same as the difference between going to eat in the dining room, or eating straight in the kitchen.

What is new here is the technology of extraction, which has to do with the method of conducting horizontal drilling and developing the shale layer, as well as executing contact (drainage) via stimulation and hydraulic fracturing.

What has motivated Direct Petroleum's interest in looking for shale gas in Bulgaria? What are your estimates of deposits here and of their economic profitability?

Like any other oil and gas company, Direct Petroleum is interested in finding more gas. And since in those shale rocks it is contained in much larger quantities, it is natural that there be proportionately strong interest in it. It is another question what part of this gas can be extracted, even given this new technology. And from here economic efficiency can be estimated only after conducting the first experimental or testing drilling. This new technology of extraction works differently for different types of shale rocks.

The first discovery is of natural gas from hydrothermal dolomites from the Lower Jurassic period in the Ozirovo formation. The tests conducted at the site R-1 Deventsi confirm the initially forecasted deposits of 6 B cubic meters of gas. By the end of 2010 we will file an application for an extraction permit. We are conducting new seismics and will drill at new points. We have already designed the gas pipeline and are expecting to start real production by the end of 2011.

The second discovery is completely new and is from shale rock from the Middle Jurassic in the Etropole argillite formation. The estimate of forecasted deposits of gas is based on data from the R-1 Deventsi site and on a number of other drillings conducted in previous years, in which there are considerable showings of gas in those rocks, but which were nevertheless neglected due to the lack of adequate extraction technology. There is additional evaluation work still to be done on this discovery during the coming year (seismics and drilling). After that, a gradual development will probably begin and an actual production of gas can be expected not earlier than 4-5 years from now.

Bulgarian media published numbers such as the stunning 300 B cub.m. of gas. Can you confirm those numbers? Are the deposits accessible enough to justify launching extraction?

Yes, most probably the quantities of gas contained in that Etropole argillite formation are of that order. The formation is massive and stretches on a large area. But, as I said, it is another matter what part of those quantities can be extracted. This is a matter of  future trials, but no matter how small the percentage of extractability is, the quantities produced will be significant.

What are your views about the effects those deposits discovered by your company can have on the Bulgarian economy and the energy sector in particular?

It is hard to tell right now. Economic efficiency is yet  to be determined following trials. But if Bulgaria has its own gas resources – that would mean diversification of sources and treading on the road for a more independent economy of the country.

Why do you think the approach of extracting gas from shale is much more popular in the USA than in Europe?

As I already said, this gas became popular after the emergence of new technologies for drilling an extracting, which happen to be American. Their application in Europe has now started. At present, Poland is number one in that area.

Is there specific regulation on the exploration and production of shale gas in the EU or member states (including Bulgaria), different from regulations for conventional gas extraction?

Bulgaria is not an oil and gas country and does not have specific legislation. As a rule, the exploration and production of gas is regulated by the general legislation for the protection of the underground world, which requires taking all measures for their protection and in particular for the prevention of groundwater pollution.

As is natural with all procedures of extraction, there is information regarding possible environmental hazards relating to shale gas. One of the issues commonly raised is the possibility of gas leakage during fracturing. Another – perhaps more worrisome – is the character of chemicals used in fracturing, which may act as pollutants and affect the environment and agriculture.

As a whole there is no considerable difference between the conventional and the new method as far as protection of the environment from gas leakage is concerned. If we're talking about the risk of pollution of water-producing horizons, then we must be take into account that they are shallow – from several hundred to 1,000 m. Our shale gas is located at a depth of 3,000-4,000 m. Even given a small leakage of the isolation of the water-producing horizon (which is of course not permissible), the probability of pollution given this difference of depth is nil.

One must bear in mind that there is also a great degree of speculation regarding those issues, which is due to the situation, the character of the competition, as well as the lack of knowledge about new technologies.