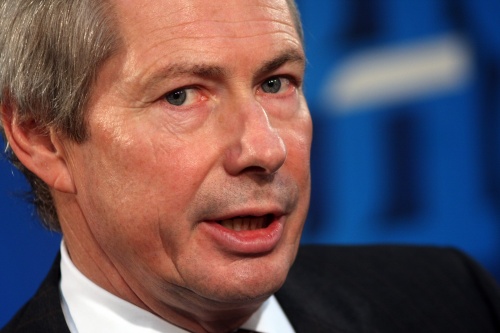 US Ambassador Warlick has indicated that Bulgaria should expedite its process for granting shale gas exploration permits. Photo by BGNES

In an exclusive interview for the "Bulgaria-US Survey" of Novinite.com, Warlick pointed out that the Bulgarian Parliament must focus on harmonizing the country's Renewable Energy Sources Act with other EU countries.

In the recent months American energy giant AES, which already made enormous investments in Bulgaria's Maritsa East Thermal Power Plant but is now looking at the country's emerging renewable energy market, has declared its intention to build the largest solar energy park near Bulgaria's Silistra. The major investment, however, has not progressed rapidly because the Parliament is still considering the law on renewable energy.

"This is not just about AES, this is about many investors. If they are going to invest significant amounts of money in Bulgaria, they want to ensure that there is a level playing field, and that they can have a predictable return on their investment. We hope that the government will pass a renewable energy law that provides for this harmonization," Ambassador Warlick said.

"As far as I know there are still some outstanding legal and pricing issues to be sorted out. I hope it won’t take too long," Bulgaria's Ambassador to the United States, Elena Poptodorova, told Novinite.com (Sofia News Agency) in her interview for Novinite.com's Bulgaria-US Survey.

With respect to the potential investments in Bulgaria by another major multinational American corporation, Chevron, which is interested in exploring shale gas deposits in the country, Warlick said Chevron has started the process for getting an approval from the Bulgarian government but pointed out that the process in question should be expedited.

"With regard to Chevron the process is under way for them to be approved for exploration of shale gas. I would say it is not just about Chevron either. There are other companies, including non-American companies, that want to come to Bulgaria to explore. I hope that that process can be expedited to the greatest extent possible. It's important for the government and people to know if there are shale gas resources under the earth, and what the quality is. That seems to be a very important piece of the puzzle with regard to energy resources for the future... The question is how long that process will take. I think Chevron of course wants to abide by all the laws but they also hope that the process can be done as expeditiously as possible," His Excellency told Novinite.com (Sofia News Agency).

"This is work in progress – both bilaterally and on a broader scale. The Bulgarian government already passed a decision for opening tenders for shale gas exploration in Bulgaria. The decision was sent to Brussels in order to be published in the Journal of the European Union as required by EU regulations. I expect tenders will soon be announced," Ambassador Poptodorova told Novinite.com when asked about her call for more massive American investments in Bulgaria's energy sector.

Over the summer Chevron and other American energy companies declared their interest in digging for shale gas in Bulgaria. Ambassador Warlick has indicated that Bulgaria's potential own deposits can serve to reduce its dependence on energy imports. At present Bulgaria imports close to 100% of its natural gas from Russia.