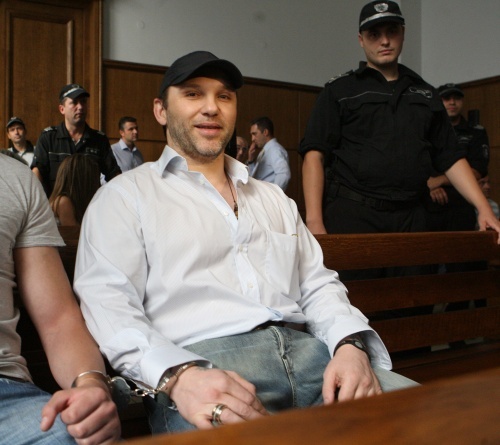 Zlatomir Ivanov, a heavily tattooed man in his late 30s, is charged with being the ringleader of an organized crime group and with first-degree murder. Photo by BGNES

The trial against alleged Bulgarian crime boss Zlatomir Ivanov is to start all over again on Monday after one of the jurors was charged with child pornography earlier this month.

Petar Georgiev, a juror in the long-running trial against Zlatomir Ivanov aka Zlatko Baretata (The Barret), was detained October 22 during a special police operation codenamed "Pedophiles."

According to Petar Gunchev, the judge in the case, there is no possibility to continue the trial as it is, since this would raise a serious controversy about the final verdict.

Thus, the entire trial against Ivanov is to start from scratch November 22 , with all witnesses being questioned all over again.

Zlatomir Ivanov, a heavily tattooed man in his late 30s, is charged with being the ringleader of an organized crime group dealing with illegal drug trafficking and with first-degree murder for the killing of Stefan Ivanov aka Alf, committed in a way that endangered the life of many people. The trial against the Barret started in May 2010.

Sofia Court of Appeals released him earlier this month and put under house arrest after he complained about stress and a urinary infection following surgery.

The trial is the latest in a string of acquittals and lenient treatment of people accused of organized-crime offenses despite the center-right government's vow to root out corruption in the European Union newcomer.