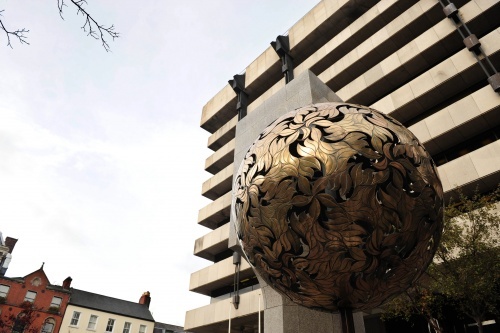 Ireland will not raise its corporate tax rate, one of the lowest in Europe following Bulgaria and Cyprus, in return for a European Union-led bail-out, but will increase its income tax, the country's finance minister has announced.

European and IMF officials agreed on Sunday to help bail out Ireland with loans to tackle its banking and budget crisis, stabilize financial markets and prevent loss of confidence in other euro zone members, notably Portugal and Spain.

Under the bailout scheme, income tax will increase but the country's low 12.5% corporation tax - controversial for some other countries but "non-negotiable" for the Irish government - will not be touched.

Over the weekend the Sunday Telegraph reported that some of the biggest US companies had warned the Republic of the "damaging impact" if the corporate tax rate was raised.

Microsoft, Hewlett Packard, Merrill Lynch and Intel were among those to warn of the risk to the country's "ability to win and retain investment", the paper said.

Earlier in the week analysts voiced fears that Ireland could be required to charge higher taxes on companies, which they say would seriously damage the country's prospects on generating economic growth going forward that it needs to get the budget back in balance.

Ireland's corporate tax rate currently stands at 12.5%,  much lower than the EU average, but still higher than Cyprus and Bulgaria.

Bulgaria has the lowest personal and corporate income tax in the EU at 10%, which was introduced at the beginning of 2008, replacing the previous system, which combined several different tax rates - between 20 and 24%, depending on income.

Bulgaria also has the lowest social security rates, which coupled with a 10% flat rate, makes it very attractive for physical entities, employers and potential investors.