Education Minister: Bulgarian Academy of Sciences to Be 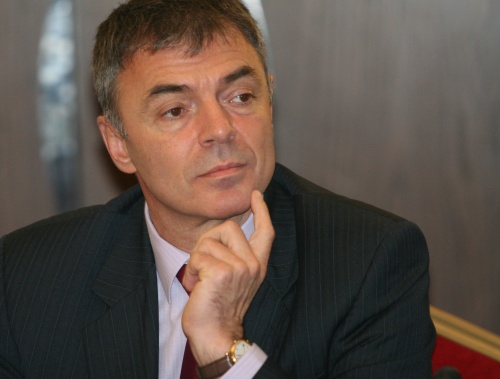 Bulgarian Minister of Education stated that the Bulgarian Academy of Sciences will survive after all. Photo by BGNES

The new law on the Bulgarian Academy of Science does not include its closure, Education Minister Sergey Ignatov announced, thus contradicting PM Boyko Borisov's recent statements.

The status of the Academy will be one of a "National Science Center", while each separate institute will have its own budget, Minister Ignatov explained.

He clarified that the idea of some of the Academy's institutes moved to different universities is not on the agenda.

Thus, he contradicted Bulgarian PM Boyko Borisov, who announced Monday that the institutes of the Academy will be transfered under the control of the state or universities, depending on their nature, which would have meant the liquidation of the Academy as an entity.

The Bulgarian Academy of Science is currently going through a severe financial struggle, which has resulted in a series of consecutive protests. During a recent rally, the protesting researchers threatened to shut down the Academy.

"The Academy is now fighting on two fronts – to keep its current status and to decrease the budget cuts," Nikola Sabotinov, Chairam of the Bulgarian Academy of Sciences, explained.