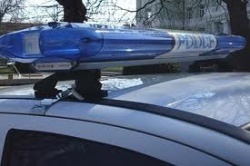 A gang has been apprehended by the Bulgarian police Thursday for phone frauds taking advantage of people's fear from swine flu.

The operation was codenamed "The Vaccines"

The gang, consisting of three members, has been calling people all across the country, stating that a relative of the person called is seriously ill from swine flu and in urgent need of an expensive vaccine.

The money for the "vaccine" has been collected by a Serbian taxi driver, one of those three detained Thursday.

This is the latest of the multiple codenamed police operations the Bulgarian Interior Ministry has carried out recently, the other ones form Wednesday were entitled "The Moles" and "The Plastics".