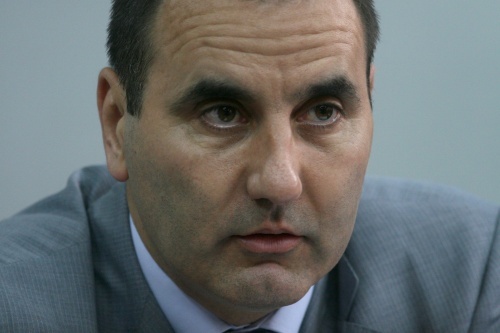 Bulgaria's Minister of Interior Tsvetan Tsvetanov and chief of the customs office Vanyo Tanov have staged a campaign against ex interior minister Rumen Petkov, accusing him of arrangin the drug traffic scene in the country while he was in office.

However, in a style characteristic of late for Bulgaria's political scene, both admitted that they have no proof or evidence for their allegations.

Bulgarian Socialist Party's Petkov was forced to step down as a minister in the last cabinet in 2008 after an unexplained meeting he held with controversial Dupnitsa businessmen and alleged mafia bosses, the so-called Galevi Brothers, which only contributed to controversies around Petkov's figure itself.

Tsvetanov's and Tanov's Friday allegations come as part of an ongoing practice of ruling GERB party politicians, an in particular the Minister of Interior, of throwing about allegations against political rivals in interviews and other public outings, without later substantiating them in a due legal manner.

Friday customs chief Tanov stated for the Bulgarian National TV that Petkov's meeting with the Galevi Brothers actually concerned the partitioning of drug-distribution territories within the countries, in which Galevi struck a deal with the then-interior minister for the areas reserved to them and to so-called Zlatko Baretata, another popular figure allegedly from Bulgaria's criminal world.

Interviewed right after Tanov, minister of interior Tsvetanov fully confirmed the former's claims but interestingly stated that the proceedings of the Galevi-Petkov meeting cannot be ascertained, for all records had been destroyed right after.

It was at that notorious Galevi-Petkov meeting that now-famous ex-secret agent Aleksei Petrov surfaced to the Bulgarian public. When asked about the meeting with the Dupnitsa businessmen, then-minister Rumen Petkov explained it was organized by a secret agent to contribute to the work of the institution. The revealing of the identity of secret agent Petrov was the formal reason for Petkov's ousting from cabinet.

Friday Minister of Interior Tsvetanov added to the discreditation of his own statements, adding that Rumen Petkov cannot be prosecuted over his Dupnitsa meeting with Galevi, given that there is no material evidence. This, of course, renders Tsvetanov's words and those of Tanov not only unsubstantiated, but also unfitting of public figures of that standing.

In his comments, Tsvetanov recalled that all that notwithstanding all that, people call Petkov "a demon," alluding to the title of German investigative journalist Jurgen Roth's notorious book on Bulgaria.