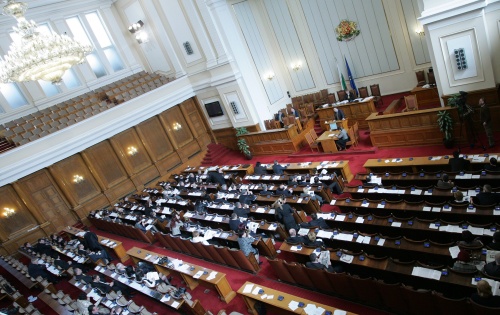 Bulgarian Parliament will vote Wednesday changes in the tax laws. Photo by BGNES

Bulgarian Parliament will vote at second reading the amendments to the tax laws, including the flat 9% value-added tax (VAT) in the tourism sector.

The most serious changes are envisioned for the taxation of tourist services. If adopted, the changes will be implemented as of April 2011.

The move comes in response to the demand of the European Union that Bulgaria should harmonize tourism VAT, which currently stands at 7% for organized groups and 20% for individual tourism.

The amendments to the Corporate Income Tax Act aim to prevent tax frauds by envisioning payments for services to a provider, registered in an off shore area, to be taxed at 10%, which means that the client would submit them to the state treasury. The same applies to rents, when the landlord is a foreign company.

Changed in the Excise Duties and Tax Warehouses Act provide increasing of excise for cut tobacco (used by smokers of pipes and people who roll their own cigarettes) from BGN 100 per kg to BGN 132 per kg.

The government's motive for the increase is that it would equalize the tax burden for this product with the excise duty for manufactured cigarettes. Following its last year's increase, cut tobacco turned out to be much cheaper than manufactured cigarettes and its consumption increased over 200 times, according to data from the Finance Ministry.