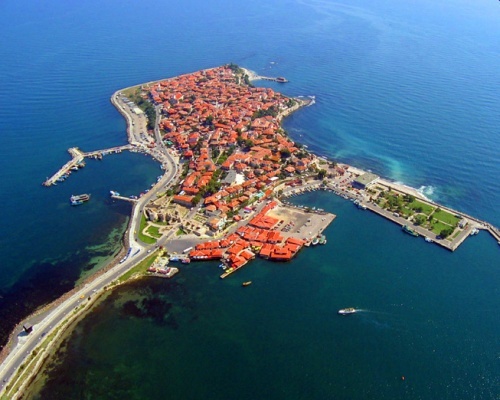 Owners of illegal additions to their properties in the coastal town of Nessebar are beginning to take them down on their own, according to Ivaylo Lyahovich, from the Initiative Committee on Protecting Owners Rights.

Layahovich announced Tuesday the owners have sent requests to the Regional office of the State National Construction Control (DNSK) in Burgas to allow them to do the demolition voluntarily and the works will begin as early as Wednesday.

On Monday, the owners submitted a class action claim with the Burgas Court against the State's move to destroy illegal buildings - six houses and two shops, but after speaking to attorneys they realized nothing can be done and decided to find a more peaceful solution, they say.

"We admit out fault. For so many years things kept been pushed back and now they want us to react immediately as if everything until the day before had been perfect. A compromise could have been made at least for the first houses slated for demolition. People understood what is involved and agree in principle. But we need an extension because a harsh winter is coming and having no roof on your head is a disaster," Lyahovich said.

Nessebar, whose Old Town is on UNESCO's world cultural heritage sites list, has been blocked since Sunday evening by owners of houses and shops that were scheduled to be demolished  by DNSK.

Clashes and four arrests occurred Monday when police tried to break the human fence. The day ended with only two pavilions being taken down.

Earlier Tuesday, Prime Minister, Boyko Borisov, voiced strong criticism towards the demonstrators and reiterated the law must be reinforced.