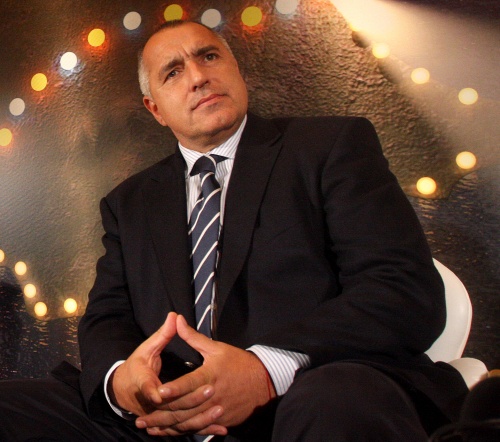 Borisov spoke Tuesday, during the fifth annual business-government meeting in Bulgaria, which is organized by Confederation of Employers and Industrialists and the Capital weekly newspaper.

The PM's words came as response to a statement of Bulgarian EU Commissioner, Kristalina Georgieva, also among the forum's participants, saying Sweden would be an interesting example to follow in times of economic crisis.

"This is a country where the crisis would be expected to become a real disaster over high taxes and their social model, but after a recession, Sweden now aims at a 4.5% growth for 2011," Georgieva said, to which Borisov replied it would be hard to do as in Sweden since Bulgaria is the only country where Andreshko (famous literary character, synonym of petty dodger) is a national hero.

"When we pass by illegal buildings, we all complain about the inactivity of the State. And when the State starts reinforcing the law, we all feel sorry for those affected. Those who have traveled to Croatia, have you seen anything of the sort? Croatia has EUR 8.5 B in revenues from tourism because tourists want to visit authentic sites, not a village chicken house," the PM pointed out.

He further voiced outrage the attempt of the State to reinforce the law is making headlines for days now, when in a law-observing democracy such thing would never make the news.

"I, too, very much like the area around the Sheraton hotel in downtown Sofia. I have the power today so why not build a chicken house and then say: my kids live here; you can't destroy it. This is simply ridiculous, cynical and pathetic. This is the difference between Bulgaria and other countries," Borisov stressed.

Nessebar, whose Old Town is on UNESCO's world cultural heritage sites list, has been blocked since Sunday evening by owners of houses and shops that were scheduled to be demolished Monday by the State National Construction Control (DNSK).

Clashes and four arrests occurred Monday when police tried to break the human fence. The day ended with only two pavilions being taken down.

The new DNSK Head, Milka Gecheva, says owners have received notices they must remove the illegal construction (entire houses or additional levels) by the end of August, but never complied, hoping the State would not undertake further action.

According to Gecheva, more protests are to be expected since other buildings in Nessebar are slated to be destroyed.