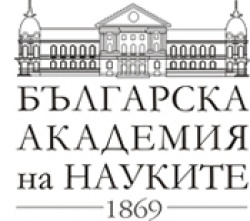 The Bulgarian Academy of Sciences has decried proposals for its splitting, stating that PM Boyko Borisov's policy towards research is dooming the country to backwardness.

Researchers are organizing a fresh rally Tuesday evening in front of the National Assembly, asking for adequate financing and the resignation of Minister of Finance Simeon Djankov and Minister of Education Sergei Ignatov.

Monday both PM Borisov and speaker of Parliament Tsetska Tsacheva announced the revival of the scrapped proposal to split the Academy into separate institutes without autonomy and attached to the central government or universities.

The General Assembly of BAS deplores what it sees as "the systematic policy aimed at the destruction of the Academy," calling for a competent management of science, which it regards as being of "strategic significance for society."

The position states that neglect for research means neglect of chances for swift recovery from the economic crisis and isolation from the priorities of the European Union itself.

It also warns of a continuous brain-drain motivated by the lack of opportunities for young researchers in Bulgaria.

During its November 3 rally, BAS had threatened to dissolve itself should it not receive adequate funds for its activities, as well as to inform relevant international institutions of the state it has been reduced to by the Bulgarian government.

The Monday statement further accuses Finance Minister Simeon Djankov, who has not hidden his distaste for the Academy, of both ill-intent and incompetence: "All proposals for a dissolution of BAS and transfer of its institutes to ministries and universities will lead to an increase of financing for administration and the fall of research under the direct power of bureaucrats. It is obvious is that what is intended is the total extermination of science based on the unsuccessful model used by Simeon Djankov in Georgia."

In May a similar proposal to split the Academy into non-autonomous institutes had been scrapped by PM Borisov after massive protests.

Monday the BAS General Assembly vowed to continue its fight for the opportunity of dignified work and place in society.

Speaking to Novinite.com (Sofia News Agency), BAS Chief Research Secretary Prof. Stefan Hadjitodorov has stated that Minister of Finance Simeon Djankov is the mastermind behind the actions to dismantle the Academy in a bid to sell its attractive assets.