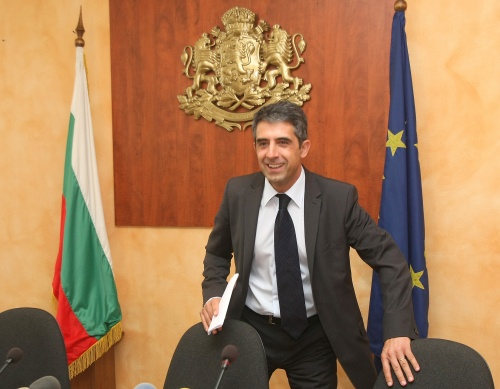 The Minister of Regional Development, Rosen Plevneliev, says it is high time for Bulgarians to understand the easiest construction is the legal one. Photo by BGNES

A case has been filed with the Administrative Court in the Black Sea city of Burgas against the State's move to demolish illegal buildings in the historical, coastal "Old Town" Nessebar.

The case is against the action of the State National Construction Control (DNSK) agency, scheduled for Monday where six illegally-built houses and two stores were to be taken down. The claim has been submitted Friday by one of the affected owners, Maria Lyahovich, on the grounds the move comes right before the beginning of the winter and would leave families homeless and the demolition would damage legal construction as well.

Residents hope for a speedy legal procedure of no more than 10 days. The claim, however, cannot stop the planned DNSK activities while the Court can postpone the demolition, but not ban it.

People, who have made a human fence in the area, vow to remain there and to not allow their homes to be destroyed.

Gathered under the motto "Old Nessebar – Eternal but Alive," about 100 people and 50 vehicles have been blocking the bridge over the isthmus connecting the old part of the town with the new one since Sunday evening.

Clashes between the police and the demonstrators, waiving black flags and posters, and four arrests, have been reported over the authorities' attempt to break the human fence.

Meanwhile, the Minister of Regional Development, Rosen Plevneliev, vowed his institution will follow the laws in the country, adding it is high time for Bulgarians to understand the easiest construction is the legal one.