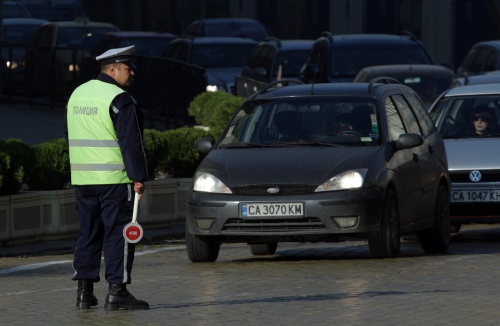 The traffic restrictions were introduced Friday evening with the ban of vehicles to stop or park on some of the city's most important streets and locations.

On Saturday, starting at 10 am until "needed" part of the Evlogi and Hristo Georgievi Blvd, between Dragan Tsankov Blvd and Orlov most square will be closed for traffic.

Until the delegation's departure, parking or stopping is not allowed on Mimi Balkanska str; on Brussels Blvd; on Tsar Osvoboditel Blvd; on Knyaz Al. Dondukov Blvd (between Nezavisimost square and Vasil Levski Blvd); on Oborishte street between the Vasil Levski Blvd and Rakovski street; on Evlogi and Hristo Georgievi Blvd (between Gurko str and Orlov Most square); on November 15 str (between Oborishte str and Narodno Sabranie square); Tsarigradsko Shausse Blvd. (between Brussels Blvd and Orlov most square ); Gurko str (between Rakovski str and Lege str); the parking lot outside the National Stadium Vasil Levski; the Narodno Sabranie (National Assembly) square; Alexander I square, Nezavisimost (Independence) square.

The restrictions also include public transportation vehicles depending of the travel times of the Russian delegation, with several bus lines with alternate routes in downtown Sofia (72, 75, 76, 114, 204 and 604).

Meanwhile, a rally under the motto "Putin out of Bulgaria," organized by Bulgarian human rights and eco activists, begins at Orlov Most square at 9:30 am.

During Putin's visit, he and Bulgarian Prime Minister Borisov are expected to discuss strategic energy matters, such the "South Stream" gas pipeline.

It has been revealed that they will also discuss the overall trade relations between the two countries, the lost connections between them and the opportunities for catching up and improving commercial interaction.