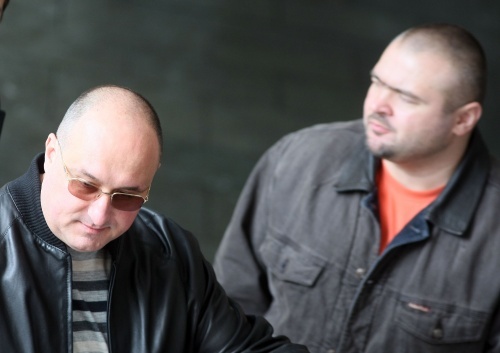 A journalist from a Bulgarian newspaper, who has exposed the criminal activities of a pair of suspected mafia bosses and benefactors at the small and impoverished town of Dupnitsa, says she fears for her life following their acquittal.

"I feel threatened, there is nobody to stand behind me," Lidia Pavlova told Novinite.com in a telephone interview. "To speak now is like throwing a stone into a puddle of mud and getting stains all over."

Pavlova hinted that Prime Minister Boyko Borisov, Interior Minister Tsvetan Tsvetanov and the prosecutors should also be held responsible for losing another high-profile case against suspected mafia bosses and the standoff with organized crime generally.

"Don't ask me, ask Boyko Borisov, Tsvetan Tsvetanov and the people from the prosecution office why things are going on like this. If they say something, it would be great," she said.

Lidia Pavlova, who has fifteen years of experience as a reporter and correspondent in a number of Bulgarian newspapers, currently works for the Struma newspaper based in the southern town of Blagoevgrad, located close to Dupnitsa.

She was a prosecution witness in the trial of Plamen Galev and Angel Hristov, from whom she has received threats for her life following her investigations into their activities.

For her courageous articles Pavlova was awarded at the end of October 2009 the Prize for Courage in Journalism, established by the media group VATZ and the International Journalists Federation.

The pair of alleged mafia bosses from the town of Dupnitsa in the Southwestern parts of the country were acquitted at the beginning of November of charges for leading an organized crime group.

Plamen Galev and Angel Hristov, known as the Galevi brothers, have been charged with extortion, racketeering and leading an organized crime group, which also included Anguel Hristov, Apostol Cholakov and Vladimir Anguelov.

Georgi Gradevski, another associate of the Galevi brothers, was sentenced to six months of probation for beating up the son of Lidya Pavlova.