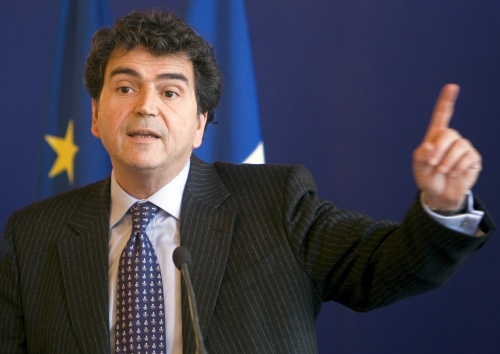 France will make sure that the EU decision on the Bulgarian and Romanian entry in the Schengen Area is not made before the summer, France's Minister for European Affairs, Pierre Lellouche, has announced.

Lellouche told the European Affairs Committee in the French National Assembly on Wednesday that the EU has to be very vigilant towards the Schengen Agreement accession of Bulgaria and Romania, which hope to join the area in March 2011.

In the minister's words, the expansion of the Schengen Area should not be an automatic result from the process of technical evaluation of the candidate's progress, which has been running for two years.

Lellouche said that France supports the Netherlands, which has called for postponement of the decision on Bulgaria and Romania's Schengen accession  at least until the release of the annual reports on the two countries by the European Commission in the summer of 2011 under the so called Cooperation and Verification Mechanism designed for monitoring the post-EU accession progress of the two countries that joined the Union in 2007.

He also said that the problems lie in the real and effective surveillance of the external borders of the EU and the fight against corruption. In his words, the regular reports are create concern.

The French minister also mentioned the increased influx of illegal immigrants from Turkey into Bulgaria and from Moldova into Romania, thus raising doubts about the capabilities of Bulgaria and Romania to guard the external EU borders.

In his words, the quasi state of Transnistria in Eastern Moldova is a "black hole" and the high levels of corruption in neighboring Ukraine are also worrying.

“The entry of Romania and Bulgaria to the Schengen area will be a political decision of the EU Council,” Lellouche said, reported BGNES, which cited international media.

The Bulgarian Borisov government has made it clear that Schengen Agreement accession in March 2011 is one of its underlying policy goals.

As France started a campaign to crack down on illegal settlements of Bulgarian and Romanian Roma, and to expel those to their home countries over the past few months, politicians in Sofia and Bucharest have been increasingly concerned with the possibility that France might blockade their country's accession to the no-passport control Schengen Area.

Even though the Roma issue is technically not related to the Schengen criteria, it has created tensions, especially between Paris and Bucharest. The Borisov government in Sofia, on ther other hand, sought to keep the Roma deportation a low profile affair, and has even suggested that it did not mind being decoupled from Romania in its quest to join the Schengen Agreement.

It is still unclear how indicative the statements of French EU Affairs Minister Lellouche are of France's intention to block Bulgaria and Romania's Schengen Accession in early 2011.