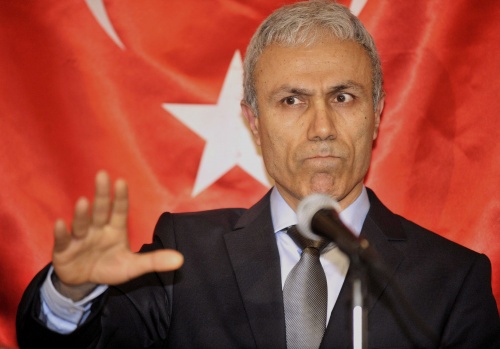 "The Vatican government decided on the Pope's assassination," Agca told Turkey's state-run television in his first interview in his native country since his release from prison. Photo by EPA/BGNES

Mehmet Ali Agca, who attempted to assassinate Pope John Paul II in 1981, putting the blame afterwards on the Bulgarian secret service, has now alleged that the Vatican government has masterminded the move.

"The Vatican government decided on the Pope's assassination," Agca told Turkey's state-run television in his first interview in his native country since his release.

"They planned and organised it. The order to shoot the Pope was given by Vatican secretary, Cardinal Agostino Casaroli."

Agca's accusation is just one of many he has made since he met a forgiving Pope John Paul II in 1983. Once he claimed a connection to a Palestinian group, but later blamed the Bulgarian secret service.

Mehmet Ali Agca was released from jail in Turkey at the beginning of the year and promptly proclaimed that he is "the Christ eternal".

Agca served 19 years in an Italian prison for shooting John Paul, and another 10 years in Turkey for the earlier murder of a Turkish newspaper editor. The pope met and forgave Agca in 1983 while the gunman was serving his sentence.

In 1981, John Paul II was shot and critically wounded in St Peter's Square by Agca, an expert gunman. Agca alleged he had been commissioned to do so by the Bulgarian secret service acting on the orders of the Soviet KGB, which feared the pontiff would encourage anti-communist revolt.

Three Turks and three Bulgarians charged with conspiring with Agca were acquitted by an Italian court for lack of evidence.

Calls for taking the Turkish gunman to court has been given a new boost in Bulgaria after his release in a bid to dismiss any suspicion of the country's involvement in the pope assassination attempt.

Bulgarian Sergei Antonov, who was arrested after the shooting and held for more than three years in Italy, was acquitted over lack of evidence. At the time of the arrest Antonov was 32 and worked as a former manager in the Rome office of Balkan Air.

Shattered and physically damaged, he returned to Bulgaria unable to carry on a conversation or concentrate on complex tasks, symptoms his friends say came from the use of psychotropic drugs in his interrogation. Antonov died alone and forgotten in his small flat in Bulgaria and it was only after a couple of days that his body was found.

The series of rambling letters from prison, through which Agca has fed suggestions that he is mentally disturbed, prompting many in Bulgaria to see him as a sly liar, playing the fool, a dangerous megalomaniac.

Agca has received more than 50 offers from foreign publishers and movie-makers, eager to buy his story and has every chance to turn to a media star. The Bulgarian connection, the Vatican or Mossad, the notorious Israeli intelligence - these all are possible topics in his new version of "the truth", many Bulgarians say.