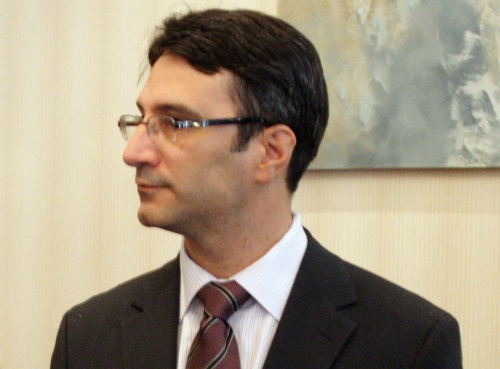 US ambassador to Sofia James Warlick needs to do his homework on the legal framework of exploration for natural resources in Bulgaria, according to Minister of Energy and Economy Traicho Traikov.

For some months, the US envoy has been drawing attention to the strong interest of US major oil and gas company Chevron in exploring for shale gas in Bulgaria and has suggested to the government to give it a permit, given the strategic importance of a likely discovery.

The last such statement on the part of ambassador Warlick was last Sunday.

Nevertheless, as Novinite.com (Sofia News Agency) has informed, as a matter of fact Bulgarian legislation requires that a formal competition be held for a permit to be issued at all.

"My friend ambassador Warlick seems to be unable to understand six months now what exactly is happening with shale gas and why Bulgarian legislation and national interest needs to be observed. To grant permits for exploration and production, we must hold a competition," stated Minister Traikov Tuesday, speaking at the University of National and World Economy in Sofia.

He added that the Council of Ministers has already voted for the holding of a competition and an official announcement its on its way to being published in the Official Journal of the EU, which is the formal start of the procedure.

Traikov further claimed that Chevron's interest in Bulgarian shale gas is the product of his Ministry's efforts.

"Why did Chevron come at all? Because when I visited the US, I went and talked with them, even though the US ambassy had told me, don't talk to them, they are a huge company and are not interested in Bulgaria," said the Bulgarian energy minister.