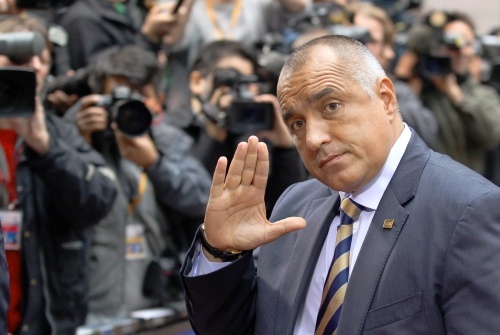 Bulgarian PM Borisov has invited Serbia and Croatia to have stakes in Belene. Photo by EPA/BGNES

Serbia and Croatia have to announce by the end of the week whether they will participate as shareholders in the project for Bulgaria’s future second nuclear power plant at Belene on the Danube, the Bulgarian PM said.

The Bulgarian Prime Minister, Boyko Borisov, made this statement Monday after a conference of the Danube countries in Bucharest.

The forum included official representatives of 14 countries and the President of the European Commission, Jose Manuel Barroso.

On Friday, a released transcript of last week’s regular meeting of the Bulgarian government made clear that the cabinet has invited both Serbia and Croatia to participate as shareholders in the project for the future second Belene NPP.

The Bulgarian Prime Minister has sent formal letters to both the Serbian President Boris Tadic and the Prime Minister of Croatia Jadranka Kosor inviting their countries to participate in the Belene NPP with stakes of 1%, 1.5% or 2%.

Borisov revealed that he spoke to Tadic about the Belene project, and that he invited him and Kosor to respond by November 13, 2010, if their countries are interested in acquiring small stakes in the future nuclear plant.

November 13 has apparently been set as a deadline by Borisov because this is when the Russian Prime Minister Vladimir Putin is arriving to Sofia for high-profile energy talks. The Russian state company Atomstroyexport is supposed to build Belene but Bulgaria under Borisov has been haggling with its parent company Rosatom about the exact price.

According to Borisov, the participation of Serbia and Croatia in Belene "will make this project even more pragmatic because it will guarantee the markets for this power plant when it is built."

With respect to the upcoming visit of Russian Prime Minister Putin, Borisov explicitly told the Cabinet that Bulgaria must be pragmatic in its relations with Russia in order to attract more Russian tourists, and to restore the presence of its traditional food, drink, and tobacco products on the Russian consumer market.