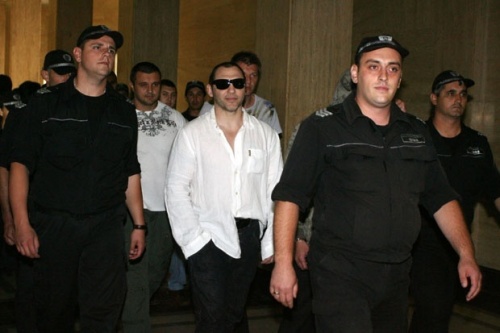 The motive of the magistrates was Baretata's ailing health related to urinary tract infection and the endured stress from waking overnight often to go to the restroom.

Ivanov is said to be recovering from urinary tract surgery and has not actually been in jail for months over his condition. He has been listed in the "Tokuda" hospital in Sofia, where he frequently complained his room had no windows.

Baretata is charged as the ringleader of an organized crime group dealing with illegal drug trafficking and with first-degree murder for the killing of Stefan Ivanov aka Alf, committed in a way that endangered the life of many people.

Baretata is charged as the instigator of the murder, while prosecutors say Martin Dimitrov was his accomplice. The shooting happened in 2007 in a disco bar in the western city of Pernik.