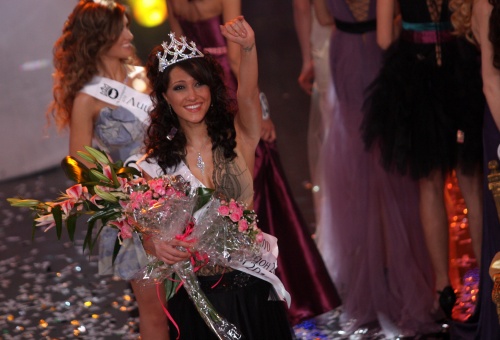 Romina Andonova after her victory at Miss Bulgaria 2010. Photo by EPA/BGNES

Romina Andonova, the Bulgarian contestant at the global beauty pageant Miss World 2010, has announced she had known that Alexandria Mills would be the winner.

"I knew who the winner would be beforehand. I think the other girls also knew that the American Alexandria Mills would win," said Andonova.

Her announcement was published on her personal profile on Facebook, the Bulgarian daily Trud reports.

Andonova has stated that Miss World was anything but a beauty pageant for her. She said there were many beautiful girls among the contestants.

"I do not want to say anything about Miss USA, I do not know her personally, but I has not made any [good] impression to me. And the audience was shouting another contestant's name. You can make your own conclusions," the Bulgarian said.

She has added that no one had greeted the winner. In her words, her victory was rumored for several weeks and the other contestant had ignored Mills for a week before the pageant's final.

The American beauty became Miss World 2010 at the global pageant held in Sanya on the island of Hainan, China.

120 contestants from across the globe participated in the pageant. The committee consisted of many former holders of the prize.