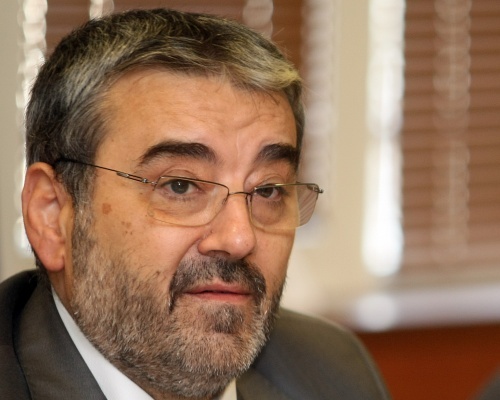 The DKEVR head, Angel Semerdzhiev, has announced that the three power utilities that work in Bulgaria will be fines. Photo by BGNES

The head of the commission, Angel Semerdzhiev, said Thursday that the companies did not receive more serious fines because the violations are no longer valid.

The three power utilities have stated they will appeal the decision because they have not caused the violations, announced by DKEVR.

The biggest fine has been imposed on the Czech-owned power utility CEZ, which operates in Western Bulgaria – BGN 1,3 M. The other two companies, German-owned E.ON and Austrian-owned EVN, will have to pay BGN 920,000 and BGN 750,000 respectively.

The audit was ordered by Bulgaria's PM Boyko Borisov in April, together with a check on the whole energy system in the country.

In mid-July, DKEVR announced the results about the companies' activities. Then, Semerdzhiev said that the audits have shown violations of the licensing of the utilities.

At first the energy watchdog refused to send the audit reports to the companies but was forced to do so after an order from Borisov.