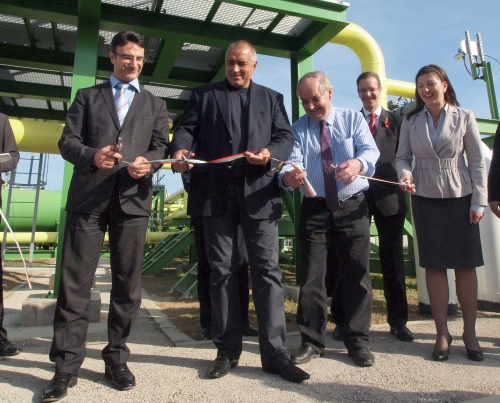 Bulgarian PM Borisov, Econ Minister Traikov and UK Ambassador Williams gave the start of the extraction from the new deposits. Photo by BGNES

British oil and gas explorer Melrose Resources is starting work at its Bulgarian deposits Kaliakra and Kavarna on Thursday, the Bulgarian Economy Ministry has announced.

In the summer, the Bulgarian government granted two weeks ago a ten-year concession for the extraction of natural gas to the UK company.

The company foresees a production of 500 million cubic meters.

Data from the Economy Ministry shows that the expected revenues for the duration of the concession are over 73 million dollars. However, there is no information from Melrose Resources about the price of the natural gas extracted in Bulgaria and to whom it would be sold.

Until now, the company was exploiting the Galata deposit, which is already depleted.