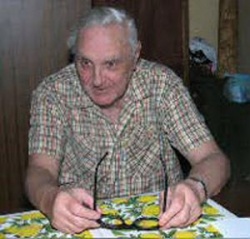 Dilma Rousseff, the first woman to become President of Brazil, is the daughter of Bulgarian immigrant Petar Rousseff (1900-1962), who left Bulgaria in 1929. Dilma's Bulgarian half-brother from Rusev's first marriage was Lyuben-Kamen Rusev (1930-2008).

"One day I got a phone call from a Brazilian man, who told me he was in the Kempinski hotel in Sofia, and that I should go there because he had something for me. I went to pick that thing and it turned out to be a sum in euro sent by Dilma Rousseff to her brother, without the brother ever having requested money from her. I can verify that as a translator of the letter. I don't know if it is appropriate for me to reveal the exact sum but it was a certain amount of euro ending in three zeros. I gave it to her brother. I suppose that the consul told something to Dilma Rousseff, and she decided that it was good idea to help her brother out financially," Stoyanov said.