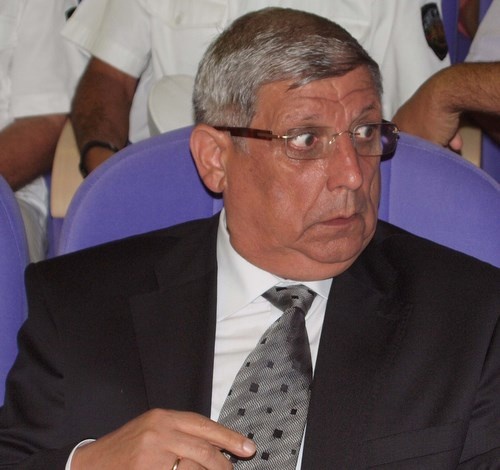 Bulgaria's Defense Minister Angelov says the government will spend BGN 1 B on new fighter jets, starting a tender in 2012. Photo by BGNES

Bulgaria's Defense Ministry will start its BGN 1 B tender for the purchase of fighter jets for the Air Force, Minister Anyu Angelov has announced.

Over the past few months Angelov gradually revealed that the Bulgarian Defense Ministry must purchase new fighter jets to replace the outdated MiG-21s, while modernizing its MiG-29s.

No amount of money the Bulgarian government plans to pay for the deal had been revealed so far, and the BGN 1 B figure mentioned by Angelov probably should not be regarded as precise. It is also unclear how many planes Bulgaria wants to purchase.

Bulgarian Defense Minister Anyu Angelov has said the Cabinet will most likely select from among F-16, Eurofighter Typhoon, or Gripen when it decides to purchase its new multipurpose fighter jets.

Gen. Angelov has made it clear that few other options will be considered outside the American F-16, the German-UK-Italian-Spanish Eurofighter Typhoon, and the Swedish Gripen.

The tender for the procurement of the new fighter jets for the Bulgarian Air Force will be announced at the beginning of 2011. The new plane will be selected by the middle of 2012, and the delivery should start in 2015.

Sweden's Saab has recently been pro-active with respect to offering its Gripen fighters to the Bulgarian government, apparently in an attempt to balance the strong position that the United States and the major Western European powers have in Bulgaria.

Bulgaria has already received 11 Cougar and 3 Panther helicopters, and has paid 60% of the entire deal - about EUR 240 M - which is the guarantee deposit.

The contract with Italy's Alenia Aeronautica for the purchase of 5 Spartan C-27 tactical transport military aircraft was signed in February 2006 by former Defense Minister Veselin Bliznakov for a total of EUR 91.8 M. Bulgaria has already received the first two airplanes, and still owes BGN 57.6 M to the Italian company. "We are conducting hard talks with the Italians in order to be able to give up the fifth air plane," stated Defense Minister Angelov.