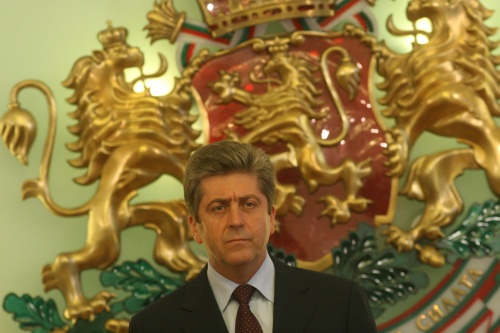 The unformal revealing of the much talked-about future political project of Bulgarian President Georgi Parvanov will happen as soon as Friday, according to information by Bulgarian high-circulation daily Trud.

Friday's Trud edition claims that key persons from Parvanov's future civic movement and party will be present at Friday's forum organized by the President under the title "Strategic Priorities for the Bulgarian Economy within the Europe 2020 Strategy."

Trud also states that the political formation will be called Alternative for Bulgarian Revival, the Bulgarian acronym being ABV (the first three letters of the Bulgarian alphabet).

The publication quotes an earlier report by Mediapool that the project will be officially launched November 11, including references to key persons speculated to be participating, which come from a wide array of political backgrounds and whose putting together has all appearances of creative journalistic patchwork.

They include popular Socialist mayors and other local government figures such as Blagoevgrad Mayor Kostadin Paskalev and Plovdiv Mayor Slavcho Atanasov.

Meglena Plugchieva, the former Bulgarian Minister in charge of the EU Funds, as well as Ivaylo Kalfin, the ex-foreign minister, are presumably also going to participate as a key figure in the movement

Bulgaria's first EU Commissioner, Meglena Kuneva, who is now a political advisor of the EU Transport Commissioner, is also said to be considered as a possible Presidency candidate by Parvanov's future political party. Kuneva, who won the "European Commissioner of the Year" award 2009, is a popular figure in Bulgaria.

The list goes on to include a number of minor figures in Bulgarian politics who have held more prominent positions in the past, but are now affiliated with no major party.

Trud reports that popular showman Slavi Trifonov disproved Mediapool allegations that he is among those to enter Parvanov's future party, saying the report is a "piece of dishonest slander."

The paper further comments that key figures will be absent from Parvanov's Friday economic conference due to being "abducted" by Minister of Finance Simeon Djankov to participate in a sitting of Bulgaria's three-way council among government, employers and trade unions to discuss the state budget for 2011.

Georgi Parvanov's second and constitutionally last term in office expires early 2012 and he has not hidden his ambitions to continue his role in Bulgarian politics, albeit in a new political formation that he must found. The nature of this project is much speculated about in Bulgaria, but is still not anywhere near clear, although it is certain that it will be left-leaning and that the President's desire is that it is based on a broad civic movement that can have adequate grassroot backing. Before starting his first term in office, Parvanov was chair of the Bulgarian Socialist Party (1996-2001), and another issue of contention is the nature of the relations between his future political organization and the party he led in the past.