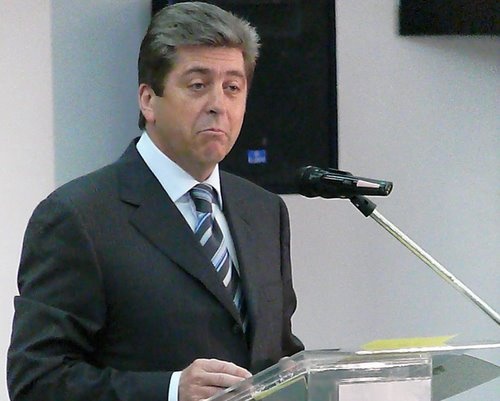 Bulgarian President Georgi Parvanov is to announce the birth of a new political movement on November 11th, reports say. .

According to an article of Bulgarian news site Mediapool, Bulgaria's current President and former BSP (Bulgarian Socialist Party) leader Georgi Parvanov is soon going to start his own political project.

Information about the President's alleged ambitions to head a new political party has circulated the media for some two years now. Parvanov has, however, generally denied that on several occasions.

Now, a year before his second term is over, according to the report, Parvanov seems to be on the way to once again declare himself to be an alternative of the current Citizens for European Development of Bulgaria (GERB) government– this time, eventually, as the leader of a new movement.

The alleged new party is probably going to start out as a civic project, evolving later into a political formation, thus having a similar development as another popular Bulgarian politician's formation - current Prime Minister Boyko Borisov's center-right GERB.

Parvanov is considered to be the most popular left-wing politician in Bulgaria with a public approval of about 30%-40%, according to recent polls (compared with about 50%-60% for Borisov and Interior Minister Tsvetanov from GERB).

If the reports about Parvanov's new party materialize, the new political formation could end up being a serious competitor for the votes of Bulgarian Socialist Party that the President chaired in 1997-2001.

Thus, the BSP is expected to provide many of the vital resources needed by Parvanov to successfully launch his project. It is still unclear what exactly the relations between the President's potential party and the Socialists will be like.

According to Mediapool, popular Socialist mayors and other local government figures such as Blagoevgrad's Mayor Kostadin Paskalev are going to be the "core" of the new party.

Meglena Plugchieva, the former Bulgarian Minister in charge of the EU Funds, is presumably also going to participate as a key figure in the movement

The other alleged possible partners in Parvanov's movement seem, however, to have a pretty wide range of political backgrounds.

Those include Plovdiv Mayor Slavcho Atanasov, from the nationalist party VMRO-NIE.

Bulgaria's first EU Commissioner, Meglena Kuneva, who is now a political advisor of the EU Transport Commissioner, is said to be considered as a possible Presidency candidate by Parvanov's future political party. Kuneva, who won the "European Commissioner of the Year" award 2009, is a popular figure in Bulgaria. She started her political carrier as part of the Former Bulgarian Tsar Simeon Saxe-Coburg's National Movement for Stability and Prosperity.

Popular Bulgarian TV show host and singer Slavi Trifonov is allegedly going to provide a colorful addition to the new formation, being responsible for attracting young voters. A former intelligence office and journalist Velizar Enchev, is another peculiar name, mentioned in connection of Parvanov's new movement.

It is supposed that Parvanov's ambitions are to win the next Parliamentary elections. First, however, his potential new formation will be facing the ruling party GERB in the 2011 Presidential and local elections.