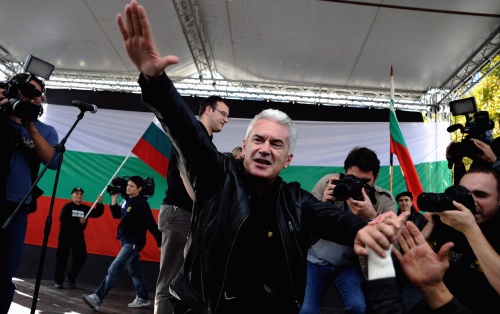 Bulgaria's nationalist party Ataka wants to bring the country back to the 1980s, a Turkish political scientist has announced.

In an interview for Deutsche Welle, Prof. Birgul Demirtas-Djoshkun stated that the ideas of Ataka bring back Bulgaria years back in its development, in the times of the "Revival Process," the 1980s campaign of the Bulgarian Communist Party to assimilate both ethnic Bulgarian Muslims and ethnic Turks by forcing them to adopt Slavic-sounding names.

"We could call the 1980s the "dark decade" in the Bulgarian-Turkish relations, but after it was all over, Turkey was ready to forget about [the Revival Process]," Demirtas-Djoshkun said.

She is doing analyses of the Balkan policy and the relations between Turkey and the other countries from the regions, including Bulgaria.

In her words, the Revival Process was a serious test for the Bulgarian-Turkish relations.

"The Bulgarian Turks have never been separatists. They just always wanted to exercise their cultural and religious rights," Demirtas-Djoshkun said.

She pointed out that even after the events in the 1980s, most Bulgarian Turks have remained loyal to Bulgaria.

"After the [ethnic Turkish] party Movement for Rights and Freedoms entered the Bulgarian government, one of the Bulgarian MPs from Turkish origin came to Turkey. He gave an interview for a TV channel, in which he talked in Bulgarian. This is a proof for the loyalty to Bulgaria," the political scientist said.

Demirtas-Djoshkun also stated that only the official position of Bulgarian on Turkey's EU membership was important.

"Turkish politicians are unanimous that the current Bulgarian government supports the Turkish process of EU integration. They have state this many times and this is the only position that is important for them," she said.

The issue of the Bulgarian support for Turkey's EU accession turned into the apple of discord for the allies of the Bulgarian ruling party GERB. The informal ruling coalition between the center-right GERB party and the nationalists from Ataka suffered serious cracks as the latter party declared itself strongly against Turkey's EU membership.

After the Bulgarian Parliament – with the votes of the ruling party GERB and the opposition ethnic Turkish party DPS (Movement for Rights and Freedoms) – decided not to hold a vote on whether to schedule a referendum on Turkey's EU membership, the Ataka leader Volen Siderov threatened to back out his party's support for the Borisov Cabinet.

After a visit of Turkish PM Erdogan to Sofia in early October, at which Bulgarian PM Borisov declared principled support fro Turkey's EU accession, the nationalists from Ataka showed up in Parliament with special T-shirts saying "No to Turkey in the EU", and warned that the issue could cause problems between them and GERB.