RSF: Bulgaria Media with No Freedom and Half-Hearted Transparency 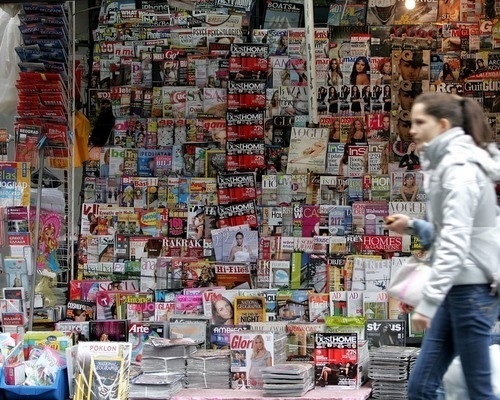 Experts in political science and mass communications have been warning that Bulgarian media trends are extremely alarming. Photo by BGNES

Bulgaria is Europe’s most repressive country towards journalists at a time when the press freedom situation in the bloc is deteriorating, according to media watchdog group Reporters Without Borders (RSF).

"Unfortunately Bulgaria lags behind all other European countries in the ninth annual World Press Freedom Index, released earlier this week. The press freedom situation in Bulgaria remains very difficult mainly because of the political and economic conditions," Olivier Basille, President of Reporters Without Borders (RSF) Belgium, said in an interview for Darik radio.

"Instead of improving the situation, politicians in Bulgaria, regardless of their party allegiance, want to control the media. They continue to regard the press as a mouthpiece of the state and the government. Following Bulgaria's accession to the European Union, it was expected that the country will raise its standards in this respect in line with the other member states, but it didn't," said Olivier Basille.

He pointed out that the lack of huge private investments raises many questions about the real owners of the media.

"It seems that officially this information is available, but it is also true that many people come from the gray or black economy and they can influence the media through the advertising market. This market is very small and the share held by private hands is very often connected with the organized crime. Many people think that this is just Bulgaria's problem, but that's not true. Bulgaria is part of the European Union and when it has a problem with organized crime, it a problem of all the other countries as well."

Asked about the investors in Bulgarian media, Basille said the main question is who owns the media.

"There is an official answer to this question, but if you start looking for the real owner, you will see this is not an easy task. There too many newspapers and media on this small market. This raises the question who stands behind them."

The Bulgarian parliament adopted on Thursday new legislation obliging print media to make the names of their owners public once a year.

The new regulation however will not apply for electronic media and critics have attacked legislators for simply pretending to address the issue, while actually steering clear of putting pressure on the really influential media.

Bulgaria and Greece rank seventieth in the world for media freedom this year, while the press freedom situation in the European Union is deteriorating, according to media watchdog group Reporters Without Borders.

The ninth annual World Press Freedom Index, released on Wednesday, put several countries together to share the first place – this year it is Finland, Iceland, Netherlands, Norway, Sweden and Switzerland.

They have all previously held this honour since the index was created in 2002. Norway and Iceland have always been among the countries sharing first position except in 2006 (Norway) and 2009 (Iceland).

Reporters Without Borders has repeatedly expressed its concern about the deteriorating press freedom situation in the European Union and the 2010 index confirms this trend.

Thirteen of the EU's 27 members are in the top 20 but some of the other 14 are very low in the ranking. Italy is 49th, Romania is 52nd and Greece and Bulgaria are tied at 70th.